An accident investigation board has pegged the cost of last year’s “catastrophic engine failure” of an A-model Lockheed Martin F-35 Joint Strike Fighter at $50 million.

The incident at Eglin Air Force Base in Florida on June 23, 2014, temporarily grounded the fleet – setting back the development programme’s flight test campaign by several months and thwarting the Marine Corps’ planned debut of the F-35B at the Farnborough International Airshow.

The investigation by an Air Education and Training Command (AETC) accident investigation panel confirmed what F-35 officials have been saying for many months, that the engine fire was caused by a failure of the third-stage rotor of the engine fan module. F-35 programme executive Lt Gen Christopher Bogdan has described it as a “hard rub” condition between engine components that caused excessive heating and eventually micro cracks. F135 engine maker Pratt & Whitney thinks it can resolve the issue through near- and long-term fixes. 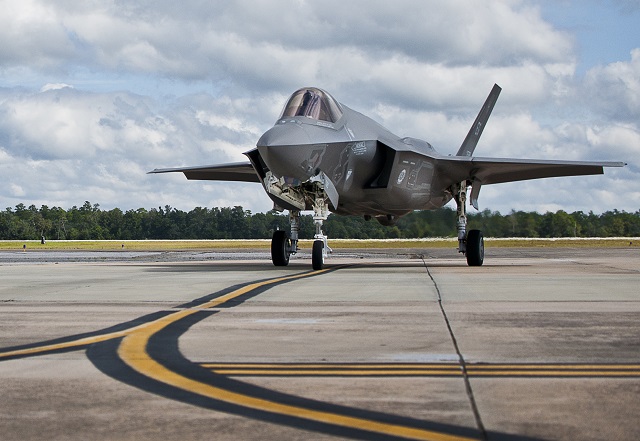 “The engine failed when the third-stage forward integral arm of a rotor fractured and liberated during the takeoff roll,” AETC said in a statement. “Pieces of the failed rotor arm cut through the engine's fan case, the engine bay, an internal fuel tank, and hydraulic and fuel lines before exiting through the aircraft's upper fuselage.

“Damage from the engine failure caused leaking fuel and hydraulic fluid to ignite and burn the rear two-thirds of the aircraft.”

The aircraft was assigned to the 58th Fighter Squadron “Nomads”, which conducts F-35 pilot and maintainer training on all three types for the air force, navy and marines. The pilot “safely aborted the takeoff” and escaped the aircraft.

The air force has not said what is to become of the mishap jet worth well over $100 million, but investigators estimate the total damage bill is about half that amount. The incident caused minor airfield damage. 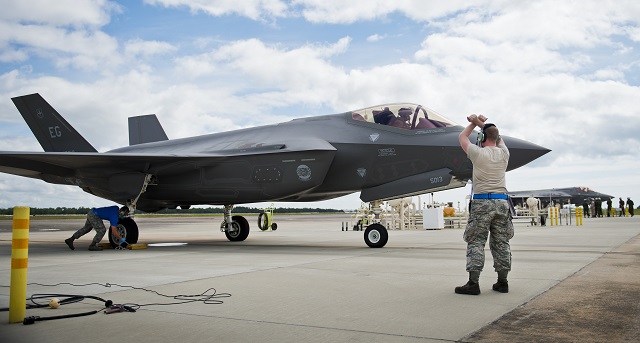