An investigation into what has been described as “the world’s slowest air crash” found that an electrical fault in a ground winch led to the 24 August 2016 mishap involving Hybird Air Vehicles’ (HAV) Airlander 10.

Having conducted a 98min second test flight, the 92m-long (302ft) aircraft returned to its base at Cardington airfield in Bedfordshire, where ground crew attempted to complete mooring.

“The mooring line was extracted from its stowage for feeding on to a winch at the mooring mast assembly. However, a diesel engine that powered hydraulic pumps driving the winch could not be started,” says a bulletin published by the UK Air Accidents Investigation Branch (AAIB). This was subsequently traced to an electrical fault which caused its starter battery to drain.

“Rather than loitering on the ground for a prolonged period, the pilot decided to take the aircraft airborne again,” the report states.

Once aloft, the aircraft’s retrieved mooring line fell free from a temporary stowage position in the cabin door, complicating a further attempt to land after the winch had been repaired.

An investigation by HAV determined that the pilot was incorrectly informed that the 47m-long mooring line was around one-quarter of this length, and it became entangled in wires adjacent to the airfield site during a landing approach.

“Although the line was freed from the wires, the encounter contributed to a high final approach,” the AAIB states.

The Airlander 10 has been designed for a normal landing profile which involves touching down “with some forward airspeed, followed by a short landing roll as the aircraft naturally slows to a stop,” the report says, adding that it is “not capable of true vertical landings.”

Having arrived over the site still at 180ft, the Airlander’s pilot attempted to land by using a steeper-than-planned descent profile, which the AAIB says resulted in his having “limited control” over an aircraft which was “reluctant to descend naturally”. 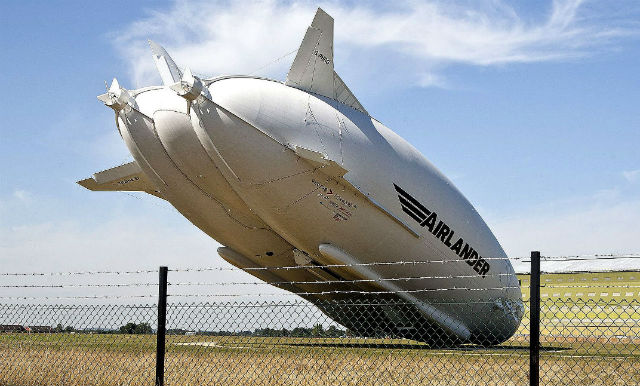 “He attempted to trim the aircraft nose-down by management of the centre of gravity, so that the mooring line would come within reach of the ground crew, but with the aircraft at about 10˚ nose-down pitch angle, it suddenly pitched further down to about 18˚ and started to descend,” the report says. While the pilot – who had amassed only 4h of flight time on the giant craft – succeeded in arresting its rate of descent, “there was insufficient height in which to affect a full recovery”.

The Airlander struck the ground 2h 12min after take-off, “causing structural damage to the flight deck area”. Its pilot and flight-test engineer both escaped injury.

Through the investigation, HAV identified the need to establish “effective stowage and control arrangements for a deployed mooring line, enhanced maintenance and fault reporting regimes for ground support equipment, and [to perform] a review of relevant static heaviness issues”, the report concludes.

HAV says its repaired Airlander “is now in an extensive test phase prior to its next flight”. Enhancements introduced since the August mishap include an auxiliary landing system, “which allows the aircraft to land safely at a greater range of attitudes than previously”, it says, describing the updated feature as “a pressurised air cushion which contacts the ground during a landing”. 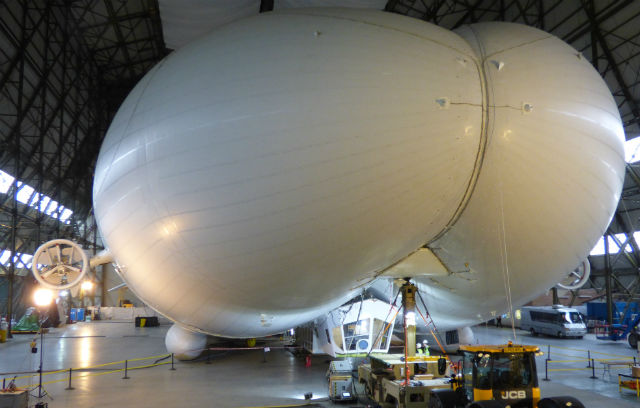 The aircraft also now has “the ability to recover the mooring line once it has been released from storage”, the company says.

Chief executive Steve McGlennan says: “We look forward to showing off the best of British innovation and engineering to the world again very soon.”