Sikorsky, which reached CDR ahead of the projected July date, will replace the USAF’s aging HH-60Gs with 112 new helicopters at a cost of $35.2 million per unit. The entire programme, including research and development, procurement and flyaway costs is estimated at $9.8 billion, according to the latest selected acquisition report from the Pentagon. In 2014, the service awarded Sikorsky a $1.28 billion engineering manufacturing and development (EMD) contract, including integration of mission systems and delivery of four RDT&E articles. In January, the air force added another five aircraft through a $203 million contract option. 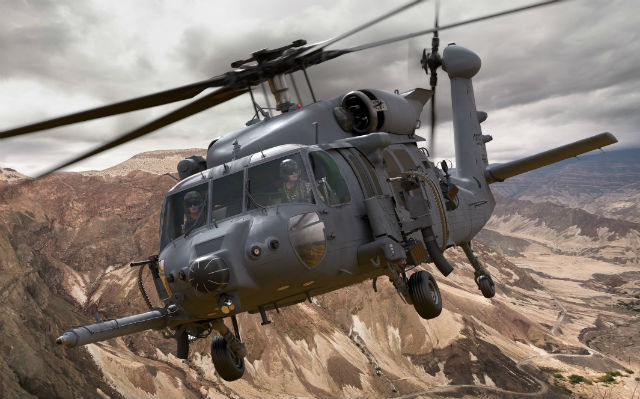 Although the HH-60W will share 85% commonality with the US Army’s UH-60M helicopters, the Whiskey model’s increased combat capability marks a stark departure from the UH-60M design and more closely resembles the army special operations’ MH-60M. Billed by Sikorsky as an advanced variant of the UH-60M, the CSAR helicopter required a 75-month development and certification effort and separate assembly line. Equipped with GE T700-701D engines, the HH-60W’s increased internal fuel capability allows greater range and its composite wide-chord main rotor blades sustain maneuverability at high density altitudes.

A low-rate production decision is slated for September 2019 and first flight is expected the same year. Operational test will begin in 2020 with initial operational capability the following year.

Earlier this year, Air Force Special Operations Command chief Lt Gen Brad Webb told reporters his command was examining the CSAR mission through a commissioned paper he would present to Air Combat Command. AFSOC and Air Combat Command have previously battled over which should take control of CSAR, and AFSOC has proposed using CV-22s and Sikorsky HH-60 helicopters to satisfy the mission in the past.