Northrop Grumman will resume development of America's next stealth bomber after the US Air Force lifted a stop-work order that has been in place since 6 November, the service confirms.

The decision to continue work on the $23.5 billion development programme, which includes construction of an undisclosed number of test aircraft, comes after the US Government Accountability Office rejected a formal protest by Boeing, the losing bidder.

“The stop work order was lifted on 16 February and Northrop Grumman will immediately resume performance of the LRS-B contract,” an air force spokesman tells Flightglobal. A Northrop spokesman confirmed the company has resumed work associated with the bomber contract. 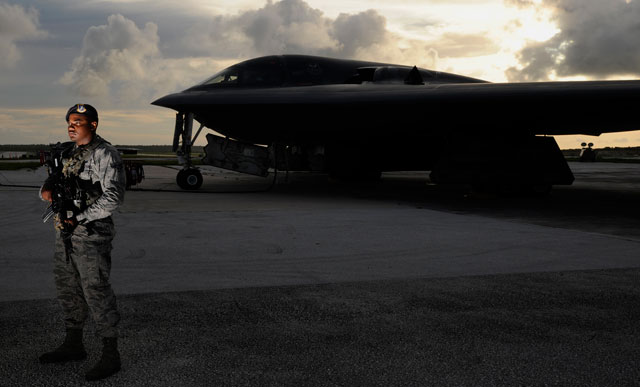 The Long-Range Strike Bomber project aims to deliver 100 next-generation stealth bombers and is worth up to $80 billion.

Boeing and teammate Lockheed Martin believe their bid wasn't given proper credit in the lengthy source-selection process, particularly relating to cost. Boeing still insists the process was "fundamentally and irreparably flawed” despite the GAO finding no fault with the air force's technology and cost assessments.

The dispute will continue to play out over the coming days as Boeing considers whether to file a motion with the US Court of Federal Appeals. A Boeing spokesman says no decision about a mounting legal challenge has been made. "We expect to decide in the coming days," he says.

“We look forward to proceeding with the development and fielding of this critical weapon system,” says service secretary Deborah Lee James. “This platform will offer the joint community the required capability needed to meet our national security objectives in the evolving threat environment."

The air force says it is imperative that the new bomber is delivered on cost and on schedule, with an initial operational capability date set in the mid-2020s and a price point of $564 million per aircraft.

Comparatively, the Boeing/Rockwell B-1B cost $410 million and the Northrop B-2A cost $1.5 billion when adjusted for inflation.

“It is important to ensure affordability in this programme and the ability to leverage existing technology as we proceed forward,” says James.