The RQ-4B Global Hawk could soon be carrying the U-2 Dragon Lady’s most prized surveillance sensors under a “cooperative research and development agreement” between negotiated between Northrop Grumman and the US Air Force.

The two side say they are close to an agreement that would modify two aircraft with a "intelligence, surveillance and reconnaissance (ISR) payload adaptor" to carry United Technologies Aerospace Systems’s Optical Bar Camera (OBC) and Senior Year Electro-optical Reconnaissance System (SYERS) – currently flown on the U-2 – as well as the MS-177 which can be carried by Northrop's E-8C JSTARS.

Northrop says it has received a formal request from the air force to pair the MS-177 with the Global Hawk and the company expects to be put on contract for that work by the end of the year. Additionally, the air force tells Flightglobal that it will make the OBC and SYERS-2C available to Northrop for a demonstration in “early fiscal year 2016”.

“If the air force successfully contracts for integration of the ISR payload adaptor, the modification is anticipated to be completed approximately 24 months after a signed cooperative research and development agreement (CRADA),” service spokeswoman Vicki Stein says. “The air force is currently reviewing a proposal with an estimated award in fiscal year 2016.” 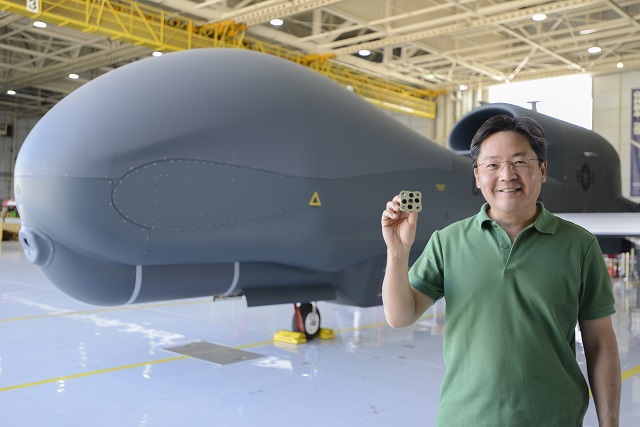 Northrop Grumman senior engineer Phil Lo holding one of the 17 universal payload adaptor mounts that will fitted inside the payload bay of the modified RQ-4B Global Hawk.

Confirmation that the air force intends to proceed with the payload adapter demonstrations follows a six-month study into Northrop’s internally developed “universal payload adapter” solution, which the company says will enable the Global Hawk to carry the service's primary airborne surveillance sensors to monitor global hot spots. The service has previously said that the proposal would cost $487 million and take five years, however, the review appears to have concluded that the process will be much quicker and cheaper than first imagined.

The fact that the unmanned aircraft could soon be carrying U-2 sensors is likely to add fuel to the long-running debate over whether to retire Lockheed Martin’s manned U-2 or the Global Hawk – since the air force does not want to keep both high-altitude spy planes. In a report provided to Congress earlier this year, the air force said it is feasible for the RQ-4 to carry various airborne sensors weighing up to 544kg (1200lb) with “negligible differences” in performance compared to the U-2.

“We are expecting the CRADA with the USAF to be signed soon,” says Mick Jaggers, vice president and program manager of Northrop’s Global Hawk division. “This will allow us to receive two Global Hawk aircraft to begin physical modification for the [payload adaptor]. When a SYERS sensor is provided by the USAF, [we] will proceed to flight test to prove out the capability. We also expect to fly the OBC in early 2016.”

The air force and Northrop declined to say how much it will cost to perform the modification, since the negotiations are ongoing. The most noticeable physical changes would be a large canoe-shaped sensor bay on the Global Hawk’s undercarriage and 17 new payload adaptor fixtures. There are also various software and mission system changes, and each sensor requests its own custom adaptor for power, cooling and coupling. 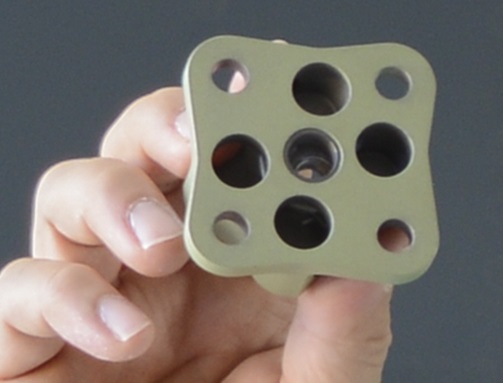