The UK Royal Air Force’s new RC-135W Rivet Joint signals intelligence aircraft has been refuelled in flight for the first time since the service started training flights with the asset in late May, the US Air Force has disclosed.

The USAF released an image showing aircraft ZZ664 receiving fuel on 26 June from a Boeing KC-135 from its 100th Air Refuelling Wing, based at RAF Mildenhall in Suffolk. 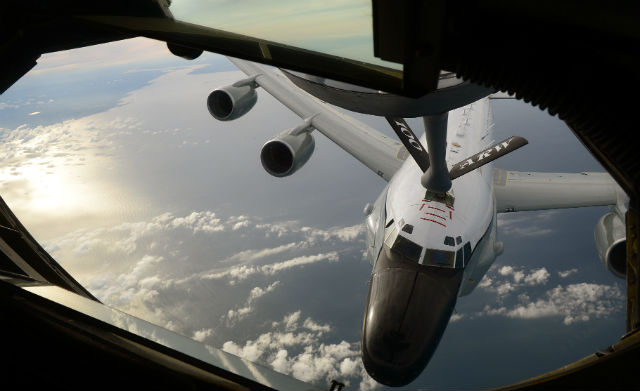 Close co-operation between the USAF and RAF on the Rivet Joint capability includes the ability for the UK service to refuel from the former’s boom-equipped tankers. The UK’s Airbus A330 Voyager tanker/transports are equipped only with hose-and-drogue refuelling systems.

Based at RAF Waddington in Lincolnshire and flown by personnel from 51 Sqn, the UK’s first RC-135W will be followed by another two of the type, with the fleet scheduled to be in full operational use by late 2017.