“We anticipate that SDB II will absolutely be a viable capability for that [UK] requirement, and expect to put forward a proposal,” says Mike Jarrett, the company’s vice-president, air warfare systems.

The 113kg (250lb) weapon is equipped with a tri-mode seeker, making it suitable for use against stationary and moving targets. “Flight testing is progressing nicely. We have had a number of successful firings where we have prosecuted targets,” Jarrett says.

“We’re making great progress towards a system verification review in the coming months, and anticipate a ‘Milestone C’ decision before the end of the year,” he says. Once secured, this decision will clear the way for the weapon to enter low-rate initial production for the US Air Force. 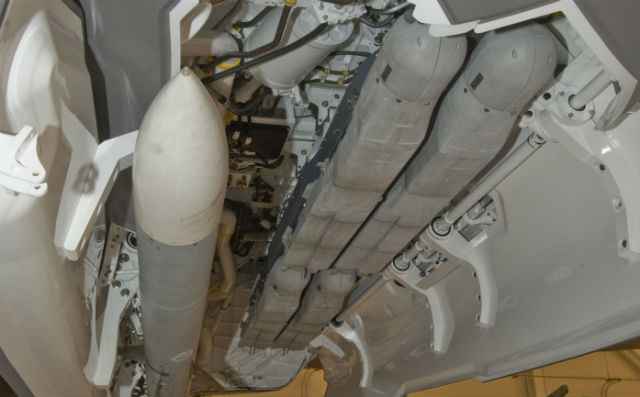 Raytheon in August 2010 received a five-year engineering and manufacturing development phase contract from the USAF, and Jarrett says there is already considerable interest in the weapon from numerous potential export customers.

“We don’t travel anywhere where there isn’t a discussion,” he told Flightglobal while attending the Farnborough air show. Deliveries to international buyers could potentially begin in 2017, he adds.

MBDA – which supplies the Brimstone air-to-surface missile for the Royal Air Force’s Panavia Tornado GR4s, and also is to integrate the system with the Typhoon – is also pursuing the Spear Capability 3 requirement.

The European company most recently competed with its US rival for a UK guided weapons deal during the precision-guided bomb contest more than a decade ago. This resulted in the Ministry of Defence selecting Raytheon Systems to provide its Paveway IV.