The US Air Force’s next-generation long-range stand-off (LRSO) missile will need to be operational by around 2030 if the service is to meet a deadline recently set by US legislators.

The National Defense Authorisation Act for fiscal year 2014, signed by President Barack Obama in December, does not set a firm date, but rather requires the weapon reach initial operational capability (IOC) before the retirement of the missile it will replace; the Boeing AGM-86 air-launched cruise missile (ALCM).

The USAF, which did not immediately respond to a request for comment, has reportedly said it will extend the service life of its Boeing B-52-launched AGM-86s until at least 2030. Previously the missiles were to be retired by around 2020. 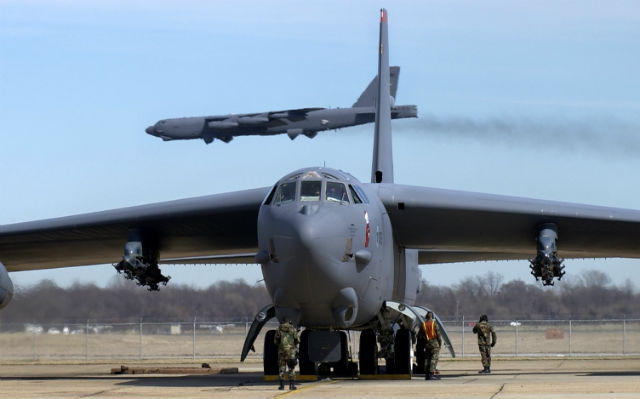 With its LRSO programme, the air force hopes to develop a weapon that can penetrate and survive integrated air defence systems and “prosecute strategic targets in support of the USAF’s global attack capability and strategic deterrence core function,” according to Pentagon budget documents.

The new defence bill specifically says the conventionally-armed version of the new missile must reach IOC prior to retirement of the conventional warhead-equipped AGM-86. Likewise, LRSO missiles with nuclear warheads must achieve the same status before the retirement of nuclear-armed AGM-86s.

A new missile must be carried by the USAF’s future long-range strike bomber (LRS-B), with both programmes classified and in their early development stages.

In October 2013 the USAF announced it was conducting market research to identify companies that could help build the LRSO missile. It also held an industry day the same month for potential interested bidders. It had in December 2012 announced that it intended to award contracts to four companies - Boeing, Lockheed Martin, Northrop Grumman and Raytheon - to develop LRSO weapon trade studies.

USAF officials have said they intend to buy 80 to 100 LRS-B aircraft, and have targeted an operational date during the mid-2020s. The service’s acquisition strategy for the future bomber emphasises the use of proven technology in order to keep costs down by minimising development of new avionics, engines and airframe technologies.

Boeing announced last October it would partner with Lockheed to pursue a contract to build the aircraft. They will compete against Northrop, which manufactured the USAF's current B-2 stealth bombers.