As Russia's aerospace industry gets ready to stretch its wings at the MAKS air show in Moscow, we take a look at Russian aircraft programmes that would surely have been world-beaters – if they hadn’t been cancelled.

The MiG design bureau displayed the Skat to a select group of journalists inside one of the hangars dotting the Zhukovsky air base, which also hosts the show. The journalists saw and photographed a relatively small vehicle, approximately the size of the Lockheed Martin RQ-170 Sentinel. Displayed around the aircraft was a collection of weaponry, including the Kh-31 air-to-surface missile, which could be stored in an internal weapons bay.

The Skat has not been seen since. The Russian press quoted a former director of MiG, saying the project was cancelled. In 2013 MiG signed a contract to develop unmanned combat air vehicles for the Russian air force, saying it planned to use lessons learned from the Skat for the follow-on project. 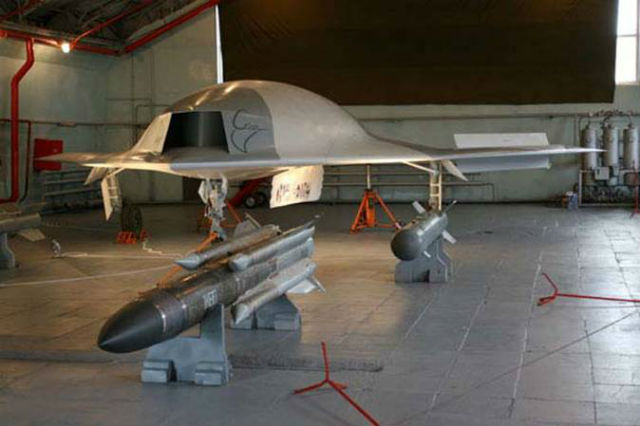 Military helicopters were the forte of the Soviet Union, and the Mil design bureau appeared ready for the post-Communist era. The company displayed a model of a new medium-twin civil helicopter called the Mi-54 at the first MAKS event in 1992. Powered by a pair of Saturn/Lyulka Al-32 engines, the 10-12-seat helicopter was set to challenge Western rivals such as the Sikorsky S-76.

But Russia’s economic circumstances in the 1990s proved fatal to many worthy projects, with the Mil-54 just one example. However, the concept was revived amidst the helicopter production boom of the last decade. Mil displayed a rotor-less cabin mock-up of the Mi-54 at the MAKS-2007 show. By 2010, though, Mil had moved on, telling Flightglobal the project was suspended.

Sukhoi’s S-21 predated the creation of the MAKS air show, which began in 1992. Three years earlier Sukhoi had announced a partnership with Gulfstream to develop a supersonic business jet design. The first flight was originally planned in 1993.

But Gulfstream’s marketing analysis concluded that more time was needed. Customers wanted something grander than an aircraft that was then only slightly better than the Concorde, which was still flying. So the project was extended to achieve first flight by the end of the 1990s. Russia’s decade-long economic crisis then wreaked havoc on Sukhoi’s finances. By 1993, Gulfstream had dissolved the partnership and started working on its own supersonic business jet project.

The S-21 continued to be displayed by Sukhoi at MAKS for several years, but the design concept was eventually replaced by a series of new models. 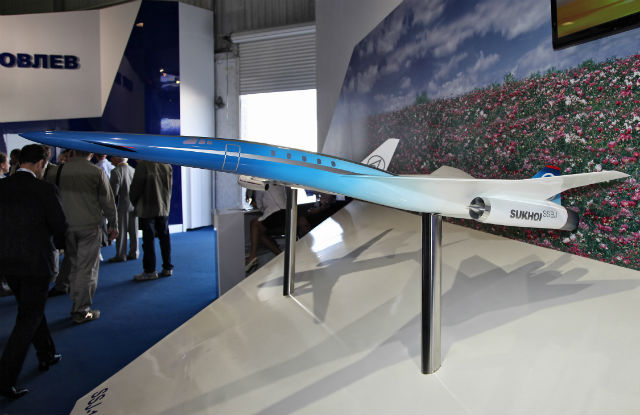 Does the world even need a 1,000-seat airliner?

Perhaps not, but the world was a different place in the late 1990s. Sukhoi proposed a concept – the KR-860 – that would trump anything being entertained by the contemporary Airbus A3XX and Boeing 747X projects.

Those who attended the 1999 air shows in Paris and Moscow were privileged to see a 1/24-scale model of the beast, but that was the last anyone saw of the project in public.

Sukhoi finally unveiled the Su-47 Berkut at MAKS-2007, but by then it was already too late for the forward swept wing fighter. Within four years Sukhoi would be working on a new design for a fifth-generation fighter, which would emerge in 2010 as the T-50.

The S-47 Berkut would continue to see service in Sukhoi’s fleet as a test bed for technologies in development for the T-50. But the S-47 concept – conceived in the mid-1980s – was already past its expiration date, and with it expired the dream of an operational fighter employing a forward swept wing and forward canard. 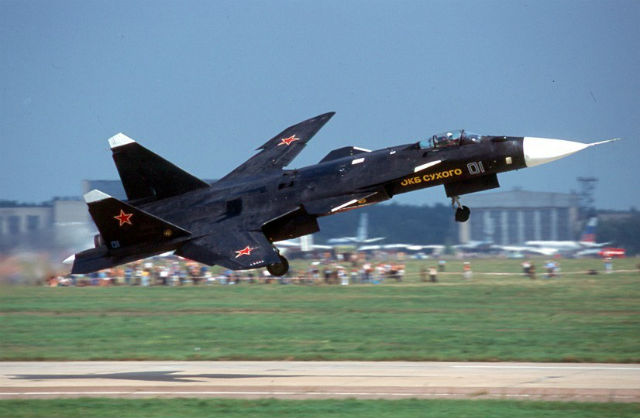 Tupolev’s answer to the Sukhoi Superjet beat its erstwhile competitor to a MAKS debut by two years in 2007. The 102-seat Tu-334 was the basis of Russia’s original plan to replace thousands of Tu-134 and Yakovlev Yak-42 regional jets. It featured a shortened fuselage from the Tu-204, a T-tail and aft-mounted engines. Though launched in the early 1990s, only two aircraft were built by the time the Tu-334 made its MAKS debut eight years ago.

By then its time had almost run out. The Superjet was unveiled at the MAKS-2009 show, and United Aircraft Corp cancelled the Tu-334 around the same time.

It emerged as upstart bids by companies such as Aerion and Supersonic Aerospace International (SAI) proposed Mach-busting concepts.

There may still be a market for the likes of the Tu-444, but no one, including Tupolev, seems to be in any hurry to find out.

Unmanned or optionally manned versions of popular sport aircraft are frequently unveiled at major air shows, never be glimpsed in public again. So it was with the Vega Lutch strike unmanned air vehicle (UAV), a proposed unmanned derivative of the Sigma 5 sport aircraft.

Vega unveiled the aircraft at the MAKS-2011 show, but thereafter it disappeared. It is perhaps in service somewhere, but it is no longer in public view. 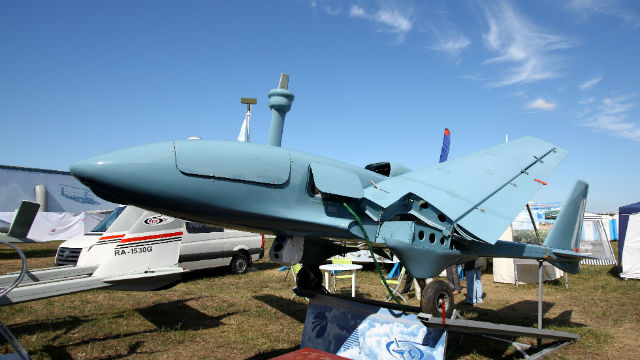 Some stories can still have happy endings.

Yakovlev – now a division of Irkut – launched the Yak-58 as the Cold War ended, proposing a twin-boomed, single-engined general aviation aircraft for the post-Communist era. But tensions between Russia and Georgia – where the Yak-58 was developed – stymied the company’s hopes to fill hundreds of orders. The project was abandoned after 1997.

Nearly 20 years later, there are new hopes for a Yak-58 revival. Russian media reported earlier this year that a decision to restart Yak-58 production could be announced at MAKS-2015. 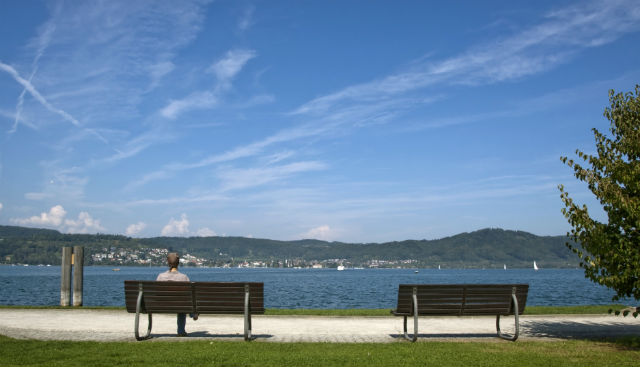