Aero India provides a unique opportunity to have a close look at the eclectic mix of Russian, American and European platforms operated by the Indian air force. However, a keen observer will look beyond the cold war-era aircraft on show and notice the service’s transformation from a tactical air force to an air arm that by the end of this decade will be able to project power well beyond India’s borders.

The air force is, however, preoccupied with ensuring that its aircraft upgrade programmes are accelerated, and that it receives the necessary budget allocations to preserve and maintain the large number of legacy platforms it continues to operate. Of course, no mention of India’s air force and its future plans would be complete without a word on its prized procurement programme, the medium multirole combat aircraft (MMRCA).

February 2015 marks the third anniversary since contract negotiations began with Dassault for 126 Rafales to meet the air force’s MMRCA requirement, and a decision is likely this year. In a December 2014 TV interview, India’s new defence minister Manohar Parrikar said he would look to speed up the process, but added that “irrespective of anything, the request for proposals’ [RFP] terms have to be met and they cannot be diluted”.

Parikkar also ruled out the possibility of Eurofighter re-entering the competition, saying “how can you consider another plane when L1 [the lowest bidder] has been determined; the rules do not permit that”.

However, Eurofighter remains hopeful that it can get back into MMRCA. The consortium had a modest pavilion at 2013’s Aero India. 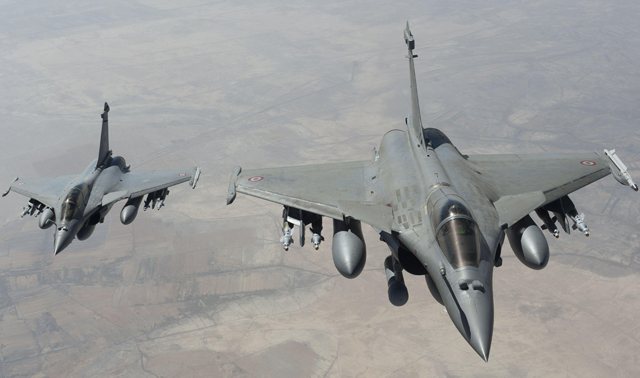 “The Eurofighter Typhoon consortium and the related European governments fully respect India’s procurement process,” Eurofighter said in an email to Flightglobal. “We are confident that we can meet the requirements of the government of India and we are ready to re-engage any time they should invite us.”

News from India concerning the MMRCA contract negotiation saga is likely behind Eurofighter’s hopes of a come-from-behind win.

Dassault is reportedly dubious about being held responsible for the 108 fighters Hindustan Aeronautics (HAL) will produce under licence.

“Dassault can deliver on the promised transfer of technology as per the RFP,” says Teal Group vice-president analysis Richard Aboulafia. He adds, however, that: “I don’t think anyone would assume responsibility for HAL-built fighters. That would be a foolish move.”

As per the initial plans, the air force was to receive its first aircraft within three years of a contract signature, and all 126 fighters were to be delivered within 11 years. If Dassault concludes the Rafale contract this year, the air force would receive the first of 18 “fly-away” aircraft in 2018, and the last of 108 aircraft built by HAL in 2026. The state-owned airframer’s track record, however, suggests that it will complete Rafale deliveries only by 2029-2030.

Commenting on the future of the Rafale, Aboulafia says if Dassault cannot close the Indian contract and loses contests in Qatar, the United Arab Emirates or Kuwait, “they’ll be stuck at 11 per year with French procurement, which is where they’ve been since production began”.

“They’ll survive, at least until the early years of the next decade,” he adds.

In an apparent attempt to pressure Dassault to wind-up negotiations, Parikkar says the choice to induct more Sukhoi Su-30MKI’s “was always available”, and that India could “upgrade the Su-30 and make it more capable and increase availability” as an alternative to the Rafale.

The air force expects to receive all 272 Su-30MKI’s on order from Hindustan Aeronautics by 2020, forming 13 operational squadrons of the type. The 150th Su-30MKI manufactured by HAL (SB 190) was delivered in January. Poor serviceability continues to plague the fleet, with aircraft availability below 60-65% fleet-wide in the air force. Each aircraft is expected to complete 240 flying hours per year, although at present less than half this number is being achieved.

The air force received its first overhauled Su-30MKI (SB 027) from HAL in January. The overhaul facility at HAL Nashik is the first to be set up for the type globally. HAL chairman RK Tyagi says the airframer will now act as “a single window original equipment manufacturer for supporting the Su-30MKI fleet”.

“We are confident of improving the serviceability and ramping up capacity,” he adds. 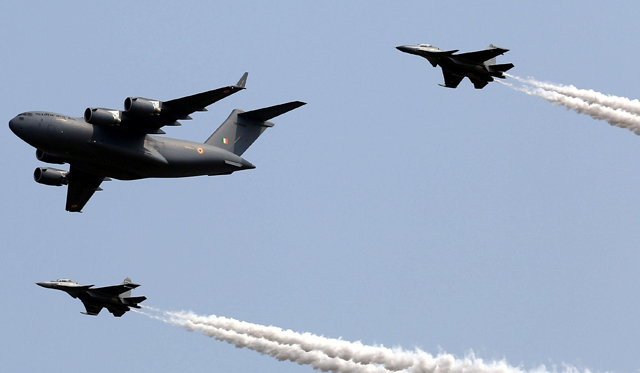 The availability rate for the Su-30MKI is below 60-65%, but more could be bought

Modernisation work also continues on 49 Dassault Mirage 2000s, in a $1.8 billion upgrade to what the airframer calls the “I/TI standard”. The Mirage was first inducted into squadron service in 1985, and then designated as the Mirage 2000 H/TH. India’s Mirage 2000 upgrade is being handled jointly by Thales and Dassault Aviation, says Antoine Caput, managing director at Thales India.

“The Indian air force is extremely satisfied as each step has been undertaken in strict accordance with the terms of contract,” Caput says. “It is important to underline that there have been no delays where Thales is concerned.”

The next major milestone for the programme will be certification by the air force, which is expected by the end of this year. “Additionally, the development of the [final operational clearance] standard and integrating indigenous equipment has begun,” says Caput. With the approval of the first upgrade kit, the production of serial kits has started, and preparations are already under way on the fifth aircraft, which will be upgraded by HAL in Bengaluru.

In addition to the Mirage fleet upgrade, Thales also supplies the air force with the Vicon 91 reconnaissance pods, avionics and Inertial Navigation and Global Positioning System (INGPS) for its RAC MiG-21, MiG-27 and Su-30MKIs, as well as identification friend or foe systems and INGPS for its MiG-29s.

Meanwhile, upgrade work on 63 MiG-29 interceptors to the UPG multirole standard – equivalent to the MiG-29SMT – continues, and an estimated 50-plus aircraft are yet to receive the upgrade package. In November 2014, Pune-based Taneja Aerospace won a contract for structural retrofit and life extension work on 33 aircraft.

This marks a major foray into aircraft upgrades by Indian private sector firms, although the technology and upgrade kits are provided by the OEM. As per the RFP, the work involves the installation of air-to-air refuelling probes and a dorsal fuel tank, accommodation of new line replacement units and strengthening of the airframe to extend the total technical life of upgraded aircraft.

The Indian air force is now looking to improve overall fleet serviceability and arrest delays in inducting new types such as the Tejas Mk1, which are leading to a depletion in its combat capability. The air force recently told a parliamentary committee that fleet-wide serviceability stood at 60-65%, but could be increased to 77-80% provided spares were made available. During a visit to Bangalore in December, IAF chief ACM Arup Raha said: “Budgets remain a constraint, especially the revenue budget to maintain spares for the aircraft to maintain high operational readiness.”

With 34 combat squadrons today, as compared to a sanctioned level of 42, the service – in a clear reference to China and Pakistan – says it “requires at least 45 fighter squadrons to counter a two-front collusive threat”. Today, 14 of the 34 squadrons (each has approximately 16 aircraft), consist of increasingly difficult to maintain MiG-21 variants, and MiG-27MLs, which are all to be retired from service by 2024. The planned force level of 42 squadrons will be attained only by 2027-2030.

The MiG-27 fleet, which has a residual life until 2016, has been troubled by airframe and engine issues. The air force is looking to begin phasing out the first of its 80 swing-wing ground attack MiG-27MLs from next year. The first to go will be two squadrons of non-upgraded MiG-27s based in the east, followed by two squadrons of indigenously upgraded fighters based in the west.