The first public flight of the Israel Aerospace Industries (IAI) Heron TP unmanned air vehicle (UAV) happened almost nine years years ago. The maiden flight of the Elbit Systems Hermes 900 occurred nearly seven years ago. Yet, since 2009, neither of Israel’s largest UAV makers have released a new design for a large clean-sheet UAV on the export market, appearing to end a two decade stretch of aggressive and largely successful innovation at the platform level.

As IAI and Elbit have concentrated on derivatives and upgrades, US companies have developed and released a host of new capabilities. New US entries have included unmanned combat air vehicles such as the Northrop Grumman X-47B and the General Atomics Aeronautical Systems Avenger, and rotorcraft such as the Northrop/Bell Helicopter MQ-8C.

Despite the recent pause, there are signs IAI is ready to go back to the drawing board with ideas for new platforms with new capabilities. “I think we are thinking now about what will be the next step, like fixed-wings, helicopter, also now the market in between, such as [vertical take-off and landing aircraft] like the V-22” tiltrotor, says Shaul Shahar, executive vice-president and general manager of the military aircraft group.

“We are looking mainly in some other aspects of the market,” Shahar adds. “Let’s say for cargo, which, you can say up to now there is a hole in the market.” Shahar specifically cited the example of the Lockheed Martin/Kaman K-Max, an unmanned version of a heavy-lift helicopter used by the US Marine Corps in Afghanistan to autonomously deliver cargo to troops at remote bases. 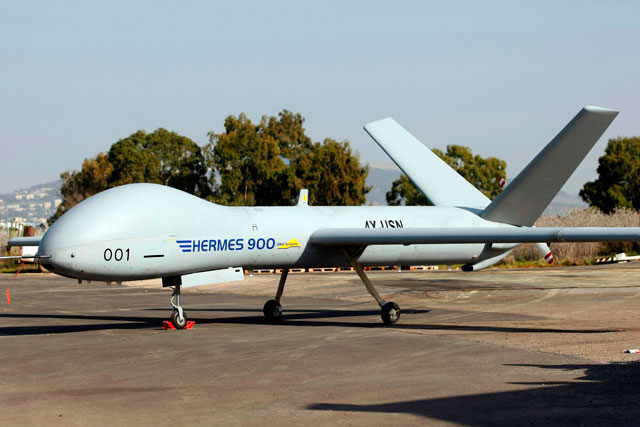 But Shahar acknowledges the difficulty in developing rotary-wing platforms. “Fixed-wing is easier,” he says. Nevertheless IAI approached major helicopter manufacturers in search of partners for converting rotorcraft into UAVs.

Even so, IAI is developing closer links to helicopter manufacturers such as Bell. Last year, IAI signed a risk-sharing deal with Bell to supply engine nacelles for the V-280 Valor, a third-generation tiltrotor in development for the US Army’s joint multi-role technology demonstration (JMR-TD) programme.

IAI’s development activity has not been stagnant in the UAV field since the 2007 service introduction of the Heron TP’s domestic version – known by the Israeli air force as the Eitan – but it has been redirected.

The shift in focus is partly explained by the diverse portfolio of large platforms developed by IAI and Elbit for export customers, which range from the the 550kg-class Hermes 450 to the 4,650kg-class Heron TP, a spectrum covering all the major fixed-wing segments in the market. But the shift to upgrades and derivatives is also the result of what Shahar calls “stagnant” defence spending in Israel and key global markets. Though popular market forecasts project significant growth in the UAV market over the next decade, IAI’s internal outlook is less optimistic.

Even the US Air Force has chosen to not immediately replace the General Atomics Aeronautical Systems MQ-9 Reaper, but to develop the Block 5 upgrade with more power, endurance and reliability improvements. IAI has taken a similar approach with the Heron TP.

“We are looking at a Heron TP Block 2,” Sharar says.

IAI also has been fielding new derivatives, such as a “Super Heron” equipped with a heavy fuel engine. “Maybe in the future we will come with another different version” of the Heron, he says.

Likewise, Elbit Systems is upgrading the Hermes 900 with classified new capabilities for the Israeli air force, according to a recent report in the Jerusalem Post.

Eli Dotan, Elbit’s senior director for UAS programmes, describes Hermes 900 upgrades as an “ongoing process”. Elbit launched the programme without a customer, investing tens of millions of dollars in development after sensing a role for a 1,200kg-class UAV that can carry at least two payloads and satellite communications equipment.

The Hermes 900 is largely a scaled-up version of the all-composite Hermes 450 UAV, with a similar cigar-shaped fuselage. Elbit inherited the Hermes 450 design two decades ago, after acquiring Israeli UAV pioneer Silver Arrow.

Having sold the Hermes 900 to 10 customers and making the Hermes 450 a ubiquitous platform around the world, Elbit appears content with its lineup of large UAVs. “Right now we are quite happy with the set that we have, with some additions from time to time,” Dotan says, adding: “But we are always checking ourselves if we missed something.” 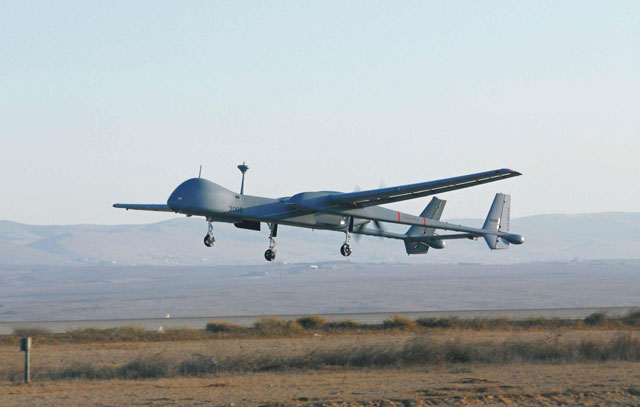 Israel’s military aircraft industry is also active in the manned fighter market. But the country’s competitiveness has faced recent setbacks from a combination of unexpected political changes and increasing competition from US manufacturers. Only two years ago, it appeared Argentina had agreed to replace an ageing fighter squadron with refurbished IAI Kfirs, upgraded with Elta active electronically scanned array radars and Rafael missiles. But the contract was not signed before Argentina's ruling FPV party lost a national election in October. The new government’s views on the Kfir contract have not yet been expressed. IAI also faces rival bids to supply fighters to Argentina, from Spain and China.

IAI’s Lahav division’s other major growth opportunity involves extending the lives of the world’s combat aircraft. Last March, the company won a strategic deal replacing the wings on the USAF’s Northrop T-38C Talon fleet. The initial contract is limited to “tens” of aircraft, but IAI hopes the deal will rise to hundreds as the service waits for the T-X competition to select a replacement to the T-38.

Meanwhile, the company has also targeted a worldwide upgrade market for Lockheed F-16s, especially structural upgrades that extend the life of the fleet from a baseline of 6,000 hours to as many as 10,000. But competition from the US prime contractors is becoming fierce. Until recently, Lockheed had seldom expressed interest in the F-16 upgrade market, but now it fights for every tender. The size of the F-16 upgrade market has also drawn interest from Boeing and BAE Systems, among other major US companies.

The Lahav division has build-to-print contracts with Lockheed to build the wings for the F-16, so the company knows the aircraft well. It can also draw upon IAI’s six operating divisions to provide the expertise for roughly “95% [of] all the things we need to do to upgrade a jet”, Shahar says.