ANALYSIS: Why Denmark is holding formation with F-35

The Danish government’s 12 May decision to hold formation with the Lockheed Martin F-35 is a welcome boost for the multinational programme in what will be a pivotal year, but is unlikely to have surprised rival bidders Boeing and the Eurofighter consortium.

Summarising the findings of a new fighter programme evaluation conducted by selected panels of experts, Denmark’s defence ministry says: “The selection of the Joint Strike Fighter will entail the greatest potential for promoting Danish interests, in terms of both security policy and military strategy,” and will “provide the highest degree of flexibility at the political level.” Its intention is to now seek full parliamentary approval to acquire an operational fleet of 27 F-35s. 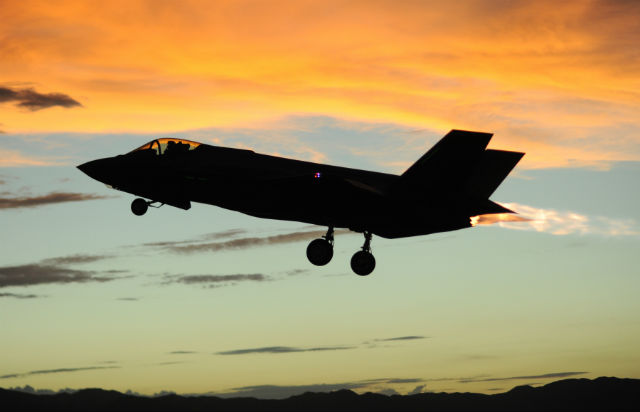 Copenhagen’s assessment was conducted without input from the responses to its request for binding information from potential suppliers. Received in July 2014, these contained information on the conventional take-off and landing F-35A, Eurofighter Typhoon and the two-seat Boeing F/A-18F Super Hornet, in response to approximately 950 questions.

Explaining its strategic assessment criteria, the defence ministry says: “Danish defence and security policy cannot be assessed on the basis of information from suppliers.” Instead, evaluation performed by expert panels underwent quality assurance headed by Deloitte and RAND Europe.

Consideration was given to four main aspects: strategic, “including the potential for co-operation with other countries”; military – spanning aircraft survivability, mission effectiveness and future development; economic factors, such as estimated lifecycle costs through procurement, operation and sustainment; and industrial co-operation.

All criteria were based on the assumption the chosen successor to the Lockheed F-16 will be operational between 2020 and 2049. Flying the in-service type beyond the end of the current decade would result in “significant operational, technical and economic challenges”, the report states. 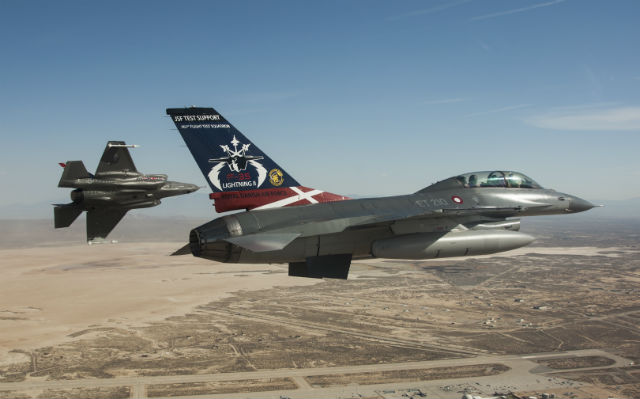 Requirements for the new type include sustaining the Royal Danish Air Force’s ability to perform national quick reaction alert, international operations and other duties such as NATO air policing.

Danish analysis ranked the F-35 first in all four of the evaluation categories, with its overall study placing the Typhoon second and the Super Hornet third, in capability terms.

From a strategic perspective, Copenhagen says, “the broad scope of the group of Joint Strike Fighter users will foster both Denmark’s transatlantic ties and the country’s collaborative relations with a range of European partners”. The Typhoon’s use by five European air forces positioned it second in this category, while “the small group of Super Hornet users [Australia and the USA] far from Denmark’s neighbouring areas” saw it ranked last. 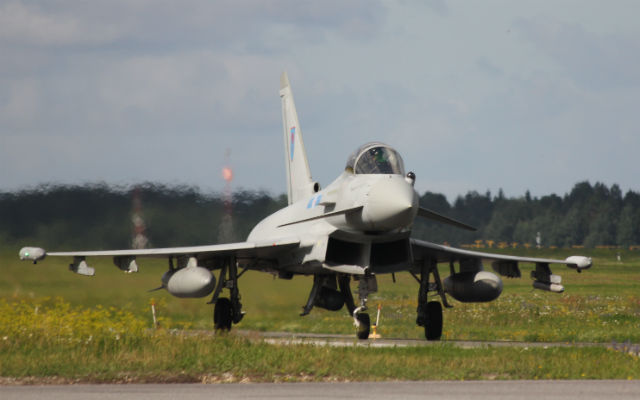 In terms of survivability and mission effectiveness, the Lightning II won out due to “the low radar signature of the aircraft, as well as the application of advanced systems and sensors that enhance the pilot’s tactical overview”. The assessment found the F/A-18F to be “slightly better than Eurofighter”. Future development “is at the same level” for the lower-ranking types, it adds.

Assumptions about availability rates and airframe service life also placed the Lightning II first from an economic standpoint, with the evaluation suggesting a fleet of 28 aircraft could “perform the required portfolio of tasks over a period of 30 years”. By contrast, this would require 34 Typhoons and 38 Super Hornets, it says.

The study suggests lifecycle cost totals for these fleet sizes would be DKr42.2 billion ($6.4 billion), DKr71.4 billion and DKr60.6 billion, respectively. However its projected cost range varies considerably per type, with its F-35 estimate to potentially reach DKr54.7 billion; still markedly lower than maximums of DKr78.1 billion and DKr81.1 billion for the Typhoon and Super Hornet. (below). 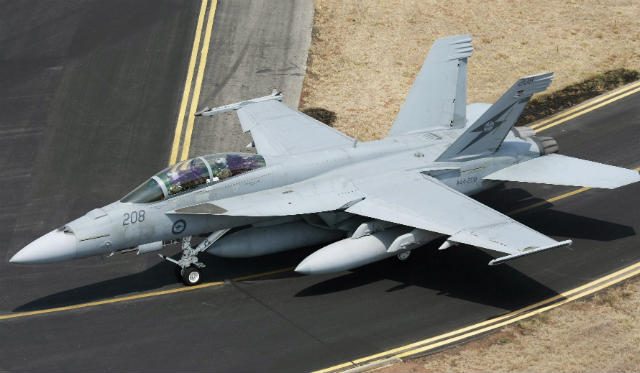 For its industry – which already has involvement in the F-35 supply chain via Copenhagen’s long-term partnership status in the programme – acquiring the type will “support the safeguarding of essential Danish security interests to a greater extent than the initiatives of the other two candidates,” the report says.

A package of 16 industrial co-operation initiatives proposed by Lockheed are worth a combined DKr26.5 billion, while Boeing’s 68 would be worth DKr15 billion and Eurofighter’s 30 (proposed by partner company bid leader Airbus) are estimated at DKr18.7 billion. However, the report notes: “For the Joint Strike Fighter, there is a particular element of uncertainty”, since work packages would be allocated “upon the ability of the Danish defence industry to win contracts in accordance with the ‘best-value’ principle”.

The USA’s F-35 Joint Progamme Office (JPO) has welcomed the continuation of Denmark’s commitment to the in-development fighter; the A-model version of which is expected to achieve initial operational capability with a first US Air Force combat squadron between August and December.

“We understand the selection process for the new fighter programme is still ongoing,” the JPO says, adding it “will continue to provide the Danish government with the data needed to make an informed decision.”

For its part, Lockheed says the selection decision “positions Danish industry to capture long-term work throughout the life of the programme.” But while the company praises “the downselect of the F-35 in this fair and open competition”, its seemingly defeated rivals might have a different view of the assessment criteria used to justify the decision.

Saab and the Swedish government’s FXM Defence and Security Export Agency – which withdrew the Gripen from contention almost two years ago – believed at the time a Danish assessment would only favour the F-35. Still stinging from a similar previous experience in Norway, Saab opted to target its campaign resources elsewhere.