ANALYSIS: What news to expect at this year's Paris air show

The continued grounding of the Boeing 737 Max seems likely to cast a shadow over this year's Paris air show, but there is plenty else on the agenda for the big two airframers, together with some transformational shifts in the regional aircraft sector.

Since mid-March, Boeing has been working on a software update to the Max's manoeuvring characteristics augmentation system (MCAS), which investigators have implicated as a factor in two fatal crashes.

There is no firm target date for a return to service, though US carriers – seen as customers likely to be among the first to restore Max flights – have variously cancelled services with the type into July, August and September.

Boeing chief executive Denis Muilenburg has been under pressure, issuing a second public apology in late May, and is set to be in the firing line again when he meets the media at Le Bourget. All eyes will be on whether Boeing is able to offer any update on the progress of the certification process. 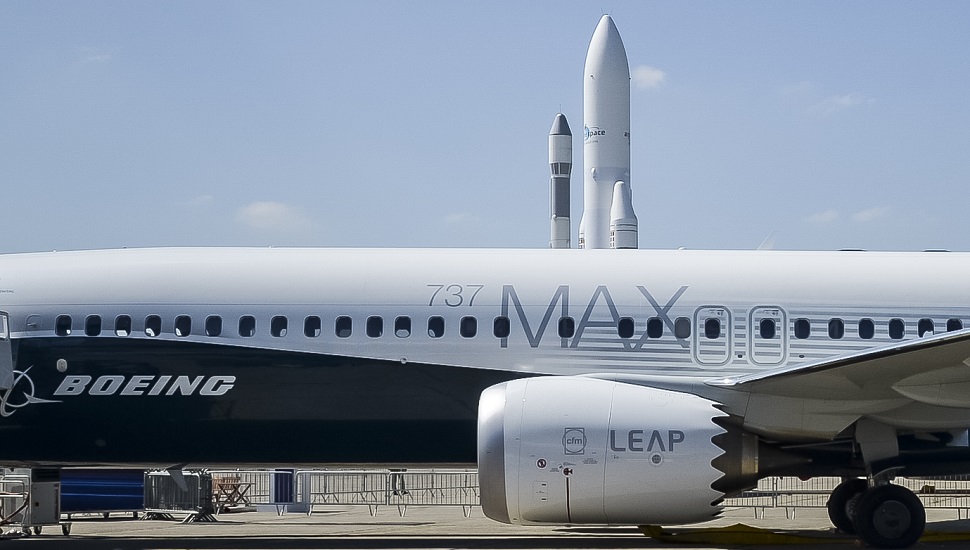 Away from the Max, Boeing is expected to provide updates on its 777X and New Mid-market Airplane (NMA) initiatives.

The 777X may be Boeing’s next aircraft, but bigger questions remain about which model will carry Boeing into the future.

For several years, Boeing has hinted that aircraft will be the NMA, a 200-270-seat twinjet with 4,000-5,000nm range. Muilenburg has said that Boeing still intends to decide this year whether to offer its proposed NMA for sale. A decision whether to officially launch the NMA would then come in 2020.

"Our overall broad timeline of that programme has not changed. We still see it as a 2025 entry-into-service type of airplane," Muilenburg says of the NMA,

Having put to bed the long-running saga of its A380 programme by earlier this year confirming production of the ultra-large aircraft is to end in 2021, Airbus seems set to turn its attentions to plans for an extended-range version of the A321LR, dubbed the A321XLR.

The go-ahead for the type is expected during the Paris air show. Indeed, Airbus chief commercial officer Christian Scherer hinted at plans for "extended-range versions [plural]" of the A321 in its single-aisle line-up during the IATA AGM in Seoul at the start of June.

Asked when such a derivative could be available for delivery, he said: "The earliest you can expect any new versions of an A321 with some serious work done on it would be the 2023-24 timeframe."

A firm decision to launch the type seems likely to be accompanied by identification of a series of launch customers.

Despite suggestions that the recent high pace of order activity at the air shows would not be maintained, last year's Farnborough gathering was another busy one – at least for announcements. There were almost 1,500 order and option commitments unveiled at the show – albeit comprising only 400 firm orders, around half of which were the naming of previously undisclosed customers for orders already logged.

There was also an unusually high level of tentative and undisclosed order commitments for both Airbus and Boeing. This was largely attributed to Chinese customers wanting to be unnamed, given the backdrop of the US-China trade war.

The latter issue remains, and has intensified in recent weeks, which could lead to a further run of undisclosed customers or impact the level of announcements from Chinese operators.

That is one of a number of factors going into the show. New commitments for Max aircraft have unsurprisingly paused – Boeing logged no new orders for any commercial aircraft in April. Its order activity seems more likely to focus on widebodies, including the possible firming of Air New Zealand's recent commitment to the 787-10.

But Airbus too has been unusually quiet so far this year. An order for just a single A320neo in May barely made any difference to the negative net order figure of 57 aircraft recorded by the company over the first five months of the year.

The airframer has taken orders for 43 long-haul and 25 single-aisle aircraft since the start of 2019, and suffered heavy cancellations including more than 70 A350s and A380s.

But the imbalance could be rectified, to an extent, during the upcoming Paris air show, an event which Airbus has typically used to unveil significant order agreements. The airframer will be keen to generate publicity on its home turf, particularly given it is marking its 50th anniversary. The Paris event will also be the first since Airbus appointed new individuals to several senior management roles.

Announcements could include the firming of Emirates' 70-strong commitment for a combination of A330neo and A350 aircraft – which it outlined in February while curtailing its A380 orders – though a formal signing might be saved for the operator's home air show in Dubai this November.

Other airlines with live aircraft contests going into Paris include Vietnam Airlines, which is set to choose between A350-1000s and 777-8/9s for the launch of direct flights to the USA. Such operations are now possible after Vietnam secured FAA category 1 safety status in February this year.

US low-cost carrier Spirit Airlines meanwhile expects to finalise its selection between the A220, A320neo and 737 Max for an order that could top 100 units with deliveries from 2022, and has not ruled out a Paris announcement.

Having sold its CSeries programme to Airbus last year and completed the sale of its Dash 8 turboprop line to Longview Aviation Capital at the start of the month, Bombardier is set to complete divestment of its commercial aircraft programmes by announcing a deal for Mitsubishi to acquire its CRJ regional jet programme during the show.

The Japanese company confirms it is in negotiations for the 50-100 seat regional jet programme, but says that no decision has been made and declines to comment on the content of discussions. A sale would leave the Canadian manufacturer free to focus on its business-aircraft activities.

It is set to be a busy event for the Japanese firm. On the eve of the show, Mitsubishi Aircraft overhauled the MRJ programme, rebranding under the name SpaceJet, cancelling MRJ70 development and starting work on a new 76-seat variant called the SpaceJet M100.

The company will display a mock-up of the M100's cabin in Paris and intends "later this year" to formally launch development of the new regional jet, which it has tailored to the requirements of US regional airlines, it says.

There is also likely to be interest in the Sukhoi Superjet programme. This in part is because of the imminent publication of Russian investigators' preliminary analysis of the Aeroflot Sukhoi Superjet 100 that was destroyed in a fatal fire at Moscow Sheremetyevo airport on 5 May. But this also marks the first major air show since United Aircraft in April approved the merger of several organisations, including Sukhoi Civil Aircraft, with Irkut.