Australia has grounded its Eurocopter Tiger armed reconnaissance helicopters for the second time in two months after fumes were again detected in the aircraft's cockpit.

On 25 June, the two-man crew of a Tiger flying in Australia's Shoalwater Bay training area landed safely after fumes were detected in the cockpit, says the Australian army.

This is the second time in two months that cockpit fumes have grounded Australia's Tigers. On 16 May, the fleet was suspended for two weeks after a Tiger crew detected fumes in the cockpit. 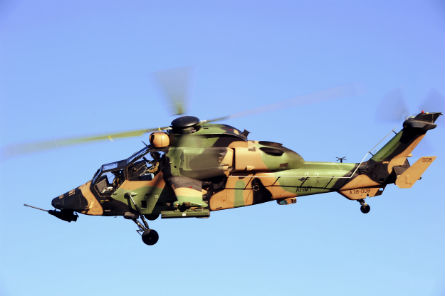 Australia has 22 Tigers. The type has yet to become fully operational in Australia, but final testing has been planned for late 2012.