Troublesome communications, navigation and identification module to be replaced 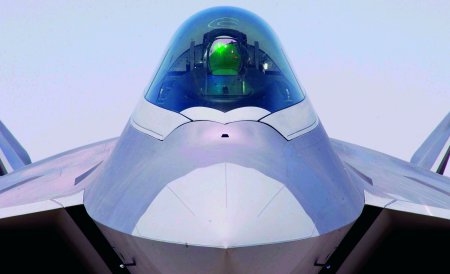 The measure will see the aircraft’s troublesome communications, navigation and identification (CNI) module detached from the common integrated processor (CIP), with Northrop Grumman to deliver the first reconfigured system by late next year, says Jim Byloff, the company’s CNI programme manager. Cockpit installations will follow from 2008.

The redesign will create a self-contained CNI system with a dedicated front-end processor, says Byloff. It is a departure from the US Air Force aircraft’s original avionics architecture, in which the CNI was among several modules – with others for radar, electronic warfare, weapons and on-board systems status – fused into the CIP. The current CNI module was blamed for a series of costly software development delays in 2002 and 2003, although programme officials say the cockpit software’s instability problems had been solved before the programme entered its operational evaluation phase late last year.

As part of the redesign, Northrop is incorporating a requirement approved late last year to equip the aircraft with a new datalink. The Raptor is now equipped with an intraflight datalink and a receive-only Link 16 system, but will now also receive a Link 16 transmit system.

Byloff says Northrop has also started design studies to incorporate a potential requirement for a wideband networking waveform as a future upgrade.

These use Rockwell Collins’ tactical targeting network technology waveform as the baseline, but other candidates could be selected, he says.