BAE Systems has stepped up its campaign to sell Typhoon combat aircraft to Belgium, with the company and its Eurofighter consortium partners pledging to establish new innovation centres with local industry if the type is selected to replace Brussels' Lockheed Martin F-16s.

Outlined on 26 October and supported by Airbus Defence & Space, BAE, Leonardo and European missile company MBDA, the proposal would see new centres dedicated to defence and aerospace activities opened in Flanders and Wallonia. To be jointly funded with Belgian industry in the event of a Typhoon selection, these could specialise in areas including advanced manufacturing and additive layer manufacturing, BAE says.

"The centres could not only build on Belgium's existing capabilities, but also play an essential role in positioning Belgium's industry for work on future combat aircraft programmes in Europe," says BAE campaign director Anthony Gregory. The proposal forms "a key component" of a UK-led effort to supply Brussels with Typhoons, he adds. 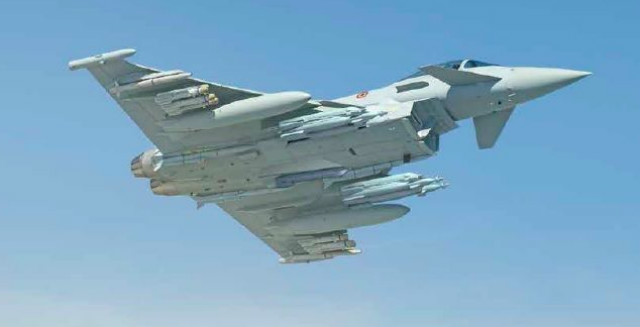 Brussels is seeking replacements for its current fleet of 54 F-16AM/BMs, with Eurofighter facing competition from Lockheed's conventional take-off and landing F-35A.

A broad-ranging industrial collaboration linked to the Dassault Rafale proposed by the French government is the subject of a legal review, after Paris failed to submit formal responses to a questionnaire from the Belgian defence ministry. Boeing and the Swedish government each opted to leave the competition earlier this year, withdrawing their respective F/A-18E/F Super Hornet and Saab Gripen E products from contention.