Boeing 787-9 takes off for maiden flight

The stretched Boeing 787-9 took off on its maiden flight from Paine Field in Everett, Washington, at 11:03 local time today. 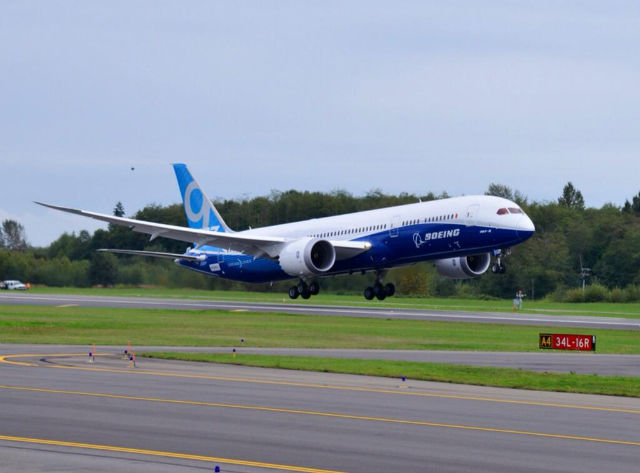 The aircraft, known as BOE001, departed from runway 34L for its four- to five-hour flight over mostly Washington state before it returns to Boeing Field in Seattle. The flight was initially scheduled to depart around 10:10 local time.

Captains Mike Bryan and Randy Neville are at the controls of the aircraft for the flight today.

The test aircraft is powered by two Rolls-Royce Trent 1000 package C engines, which are rated at 74,000lb-thrust.

The first flight keeps with Chicago-based Boeing’s schedule of delivering the first -9 to launch customer Air New Zealand by the middle of 2014. This is an about face from the 40-month delay that faced the -8.

The airframer has applied the various design and supply chain lessons that it learned from the -8 to the -9 programme with apparent success.