TAG Farnborough, the UK’s only dedicated business aviation airport, has smashed its annual movement record by over 8%, and expects the upward surge to continue on the back of sustained demand from aircraft operators and brokers for the facility.

Traffic from the USA accounted for the largest increase in movements by region last year, up 23%. This was followed by Europe, recording a 16% rise over 2017.

Traffic climbed across all business aircraft sectors, with the exception of VIP airliners, which remained flat at 915 movements between January and December. Midsize-category business jets made the largest gains over the period, TAG says, with movements climbing by 22% year-on-year, to 8,700 take-offs and landings. 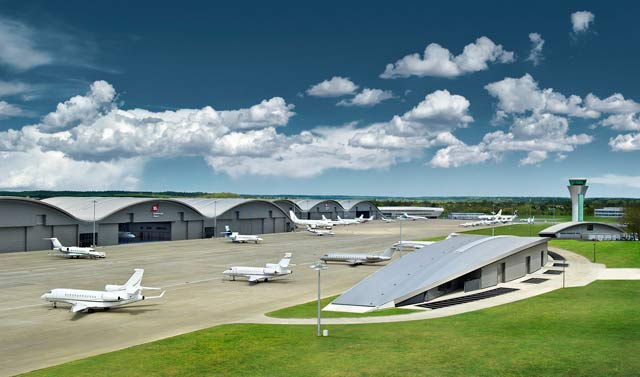 TAG expects to record more than 32,000 movements in 2019, and says additional traffic should be generated by the planned six-month closure of RAF Northolt for runway renovation this year.

The UK Ministry of Defence recently announced that Northolt – the fourth-largest in the London area for business aviation traffic - will be shut “from spring to autumn 2019” for a £23 million ($30 million) upgrade to its 1,690m (5,530ft)-long runway to be performed by Lagan Aviation and Infrastructure.

“We’d like to secure around 50% of Northolt’s civilian traffic, but given the competition from other airports in the London area, we can’t take anything for granted,” says TAG Farnborough chief executive Brandon O’Reilly.

TAG is already a beneficiary of the congestion and slot constraints at commercial airports around London – notably Heathrow, Gatwick and Luton – which O’Reilly says regularly squeeze out business aircraft in favour of more lucrative airline traffic.

“We still have plenty of capacity to grow at Farnborough,” he adds, pointing to the airport’s annual movement ceiling of 50,000. However, based on the rate of growth in 2018, this cap could be reached before the end of 2022.

The opening in 2020 of Gulfstream’s new European service centre at Farnborough is expected to add 3,000 annual movements alone.

TAG is now clearing the site at the eastern end of the airport, and Gulfstream plans to break ground on the 20,400sqm (220,000sqft) facility in April.

O’Reilly says the infrastructure is in place to support the growing traffic numbers and it is now drawing up its next 10-year master plan, which will lay out TAG’s strategy for the airport from 2020-2030.

Meanwhile, TAG is working with air navigation service NATS to create proscribed flightpaths around the airport, for introduction in 2020. This follows approval from the UK Civil Aviation Authority in July 2018 to reclassify the airspace from uncontrolled class G to class D.

“Dedicated departures and arrival routes are not only safer and more efficient, but they will lower aircraft emissions and significantly reduce noise around the airport by avoiding some commonly overflown regions," says O’Reilly.