Cirrus Aircraft’s Vision SF50 has entered the final stages of a 10-year certification effort, following the maiden sortie on 5 May of the first production model.

The six-seat aircraft, designated P1, took to the skies above Duluth, Minnesota after undergoing what Cirrus describes as a “deliberate and steady” production approach.

“It was built in tandem with the certification test process and proven at each station along the way,” says Cirrus.

The aircraft is being painted in Duluth and will resume flight testing in late May. Cirrus says the jet will log “many flight hours”, as it will be used to certificate the interior and validate the SF50’s training programme. 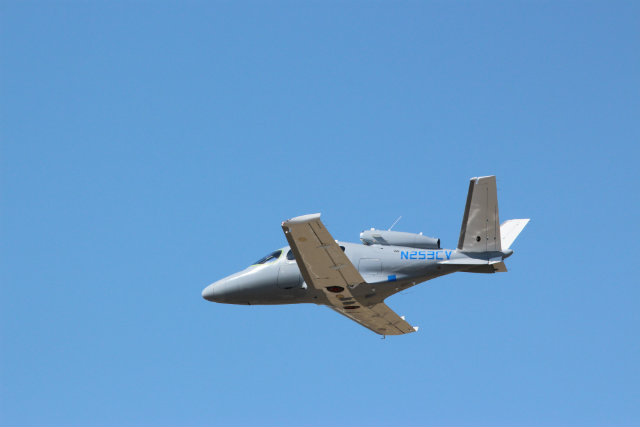 The four prototypes in the flight-test programme – C0 to C3 – have notched up over 1,700h since the first example took to the air in March 2014.

Certification of the V-tail model is “on track” for the end of the second quarter, making it the only US Part 23 personal jet to reach this milestone.

Other single-engined jet programmes – such as the Diamond D-Jet, Eclipse 400, Piper Altaire and Stratos 714 – have been cancelled or are dormant.

Cirrus has firm orders for more than 600 SF50s. The majority of position holders are present and former owners of the SR-series, the bulk of whom are based in the USA, says the company.

Owned by China's CAIGA, the manufacturer of the SR-series of piston-singles is building a $17 million customer service and delivery centre in Knoxville, Tennessee.

Called the Vision Center, it will provide a portfolio of services for Cirrus aircraft owners including training, service, support, sales, marketing, delivery, personalisation, fixed-base operations and more. “The factory service centre is expected to open this summer [in the third quarter]," says Cirrus, with completion of the delivery centre planned for 2017. “Until then, deliveries and training will take place in Duluth," adds the company.

Four customer aircraft are on the production line and Cirrus plans to hand over the first unit "soon after type certification”.

“We expect to produce 50 units within 12 months of approval," it says.