Agreements have been signed with local companies ASTG, EM Korea, and Kencoa Aerospace – each the subject of a memorandum of understanding (MoU) – “with the objective of strengthening collaboration with Korean defence industry partners for the future supply of parts for the C-390 Millennium aircraft”, says Embraer. 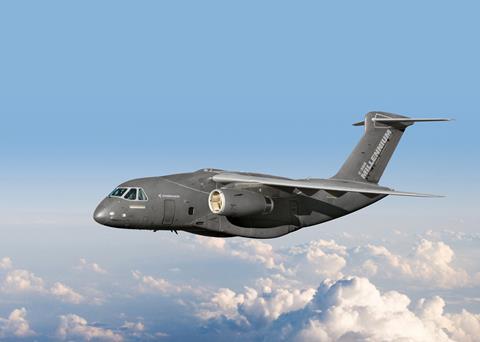 Airlifter is being pitched as C-130 replacement

Although Embraer says the “potential supply” of locally built components will “contribute to the offset requirements of the LTA II programme”, it sees the collaboration continuing into the future.

“The MoUs intend to create long-term business relationships between the parties which will endure for the LTA II programme and beyond.

“Local industry capabilities can also be part of future developments within Embraer’s existing platforms such as the C-390 Millennium as well as new aircraft, vehicles, and systems,” it says.

South Korea kicked off the LTA II procurement process earlier this year, allocating W710 billion ($493 million) to the programme. Deliveries are anticipated from 2026 as it seeks to retire the Republic of Korea Air Force’s 12-strong fleet of elderly Lockheed Martin C-130Hs.

Besides its Brazilian air force launch customer – which recently trimmed three units from its now 19-strong orderbook – Embraer has won orders for the jet-powered C-390 from Hungary (two), the Netherlands (five) and Portugal (five).