Seoul has approved a plan to upgrade Boeing F-15K ‘Slam Eagle’ fighters operated by the Republic of Korea Air Force (ROKAF), as well as plans to obtain additional tanker aircraft. 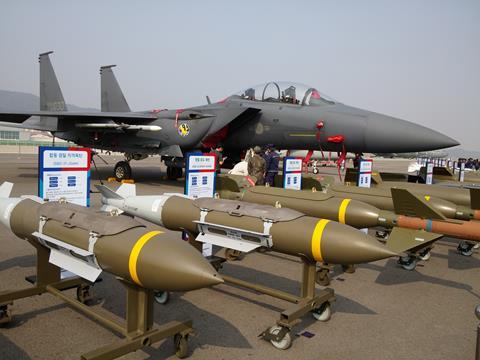 Seoul will allocate W3.46 trillion ($3.8 billion) to the programme and says that buying overseas has been cleared for the upgrade work.

Cirium fleets data shows that the ROKAF operates 59 F-15Ks with an average age of 14.1 years. Seoul received its last pair of F-15Ks in April 2022.

Originally unveiled in 2005, the F-15K is equipped with the electronically-scanned Raytheon APG-63V(1) radar.

While DAPA did not state a new radar type, a clear option is the APG-82(V)1 AESA that equips the new F-15EX. 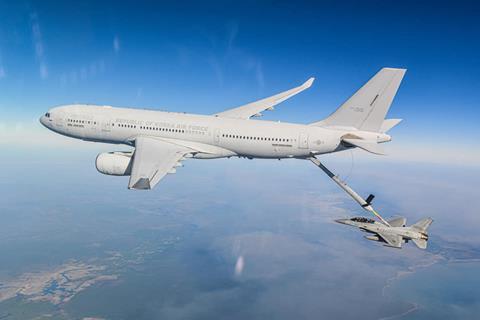 It foresees the new tankers enhancing the range of ROKAF fighters and performing long-distance airlift missions. Moreover, Seoul expects that its international standing among allies will be “greatly enhanced” by additional tanker assets, as it will allow the ROKAF to support long-range missions during peace and war.