Airbus has underlined its faith in the A380, despite slower-than-desired activity and an absence of sales for the type so far this year.

Chief operating officer for customers John Leahy, speaking at the Dubai air show, insisted that the “case for the A380 is inevitable”.

He is confident that the type is becoming “known in the marketplace” and that a new customer could emerge by the end of the year – although he points out that the year-end is essentially an arbitrary point and that a sale that slips into 2016 is nevertheless business for the airframer.

Airbus is trying to secure orders for close to 30 A380s per year, to maintain production break-even, but the company is being pressured by the lack of demand and uncertainty surrounding current customers – with collapsed Russian carrier Transaero, which had orders for four, the latest to weaken the backlog.

The A380 backlog stood at 144 aircraft at the end of October, over half of which were due for delivery to Emirates. 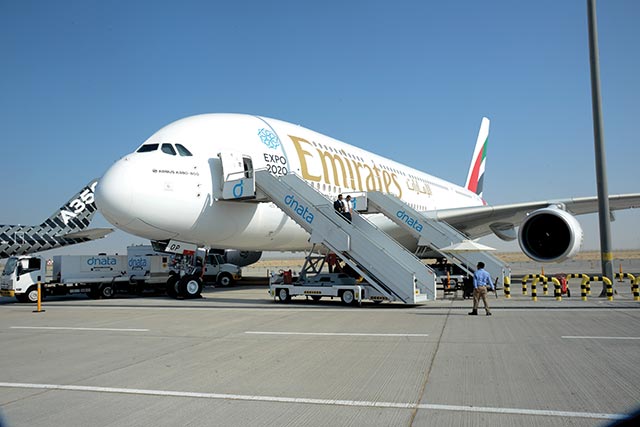 Of the remaining 71 A380s not assigned to the Dubai-based carrier, around 60% are the subject of uncertainty over delivery schedules, including 20 for lessor Amedeo, six for Virgin Atlantic, two for Air Austral and 10 which were originally booked for Hong Kong Airlines but which were reclassified as undisclosed in March last year.

Airbus has been considering enhancing the A380 with a package of measures which would include upgraded engines and a short stretch to accommodate another 50-60 seats. But while Emirates has been enthusiastic about an overhaul, the proposed aircraft has yet to transform into a formal programme.