After completing static, drop and durability testing on the F-35A, Lockheed Martin believes that early results indicate potential for an increased service life certification of the stealth fighter.

The F-35’s service lifetime is designed to be 8,000h, but each test airframe is required to successfully complete two lifetimes of testing, the equivalent of 16,000h. The F-35A exceeded the requirement by completing three full lifetimes of testing, 24,000h, prompting Lockheed to moot the potential service-life extension.

“We look forward to analyzing the results and bringing forward the data to potentially extend the aircraft’s lifetime certification even further,” said Greg Ulmer, Lockheed Martin’s vice president and general manager of the F-35 program. “Already certified for one of the longest lifetimes of any fighter, an increase would greatly reduce future costs for all F-35 customers over several decades to come.” 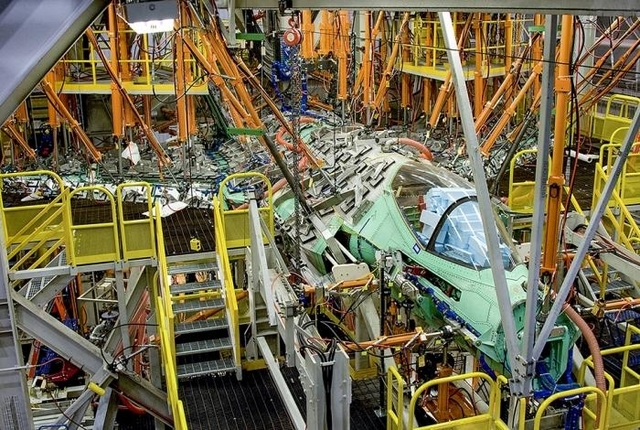 The USAF plans to fly the F-35A until at least 2070, so a longer lifespan per aircraft may allow the service to reach that goal without having to purchase new fighters. However, as aircraft age they become more expensive to maintain and operate, making it unclear if a service life extension of the F-35A would be economical.

The F-35A airframe completed its testing at BAE Systems in Brough, England. The F-35B and C variants were tested at Lockheed Martin’s facility in Fort Worth, Texas, though the company did not release the results for those variants. All variants will eventually undergo final teardown inspections at the National Institute for Aviation Research in Wichita, Kansas.