In military circles, the mantra “proper preparation prevents poor performance” rings true every bit as much during peacetime as in times of conflict – get your plans wrong today, and the consequences will be dire many years down the line.

When UK defence secretary Ben Wallace presented the nation’s delayed spending plans for the period to 2025 on 22 March, he did so with the shock revelation that such documents are not always worth the paper that they are printed on. 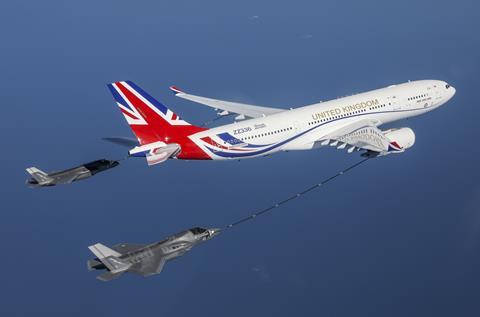 “Previous reviews have been over-ambitious and under-funded, leaving forces that were overstretched and under-equipped,” he said.

Indeed, in a January estimate, the UK’s National Audit Office pegged the funding “black hole” in the Ministry of Defence’s (MoD’s) equipment programme at £7.3 billion ($10 billion) until 2030.

The UK government late last year approved a 14% increase in defence spending for the coming four years, taking the total allocation to £188 billion. Sufficient, says Wallace, “to turn hollow forces into credible ones, modernising for the threats of the 2020s and beyond”.

In line with the UK’s strategic objectives, this process is also designed to “amplify UK global influence by deepening our alliances in the Indo-Pacific, Middle East and Africa [and] developing a global network of adaptable basing with key allies and partners”, according to the report.

But for all this, the review – titled Defence in a competitive age – does not feel to have shaken off suspicions that its contents are cost-, rather than capability-driven.

True, this is a time of unprecedented pressure on the UK’s finances because of Covid-19, but will it strike the right balance in meeting future threats?

For aviation watchers, the future make-up of the UK’s combat aircraft fleet is the standout issue which will define its global capability for the next half-century. While around two dozen of its oldest Eurofighter Typhoons will be retired, the Royal Air Force (RAF) will get to invest more in its more recent examples and maintain a strength of seven frontline squadrons.

But it is the growing battle between the nation’s commitment to the Lockheed Martin F-35 and development of a Future Combat Air System (FCAS) where the greatest interest – and lack of detail – lies.

For years, the UK’s programme of record requirement to take 138 F-35s over the life of the programme has looked jarringly out of balance with its apparent need. The new document makes no mention of that figure, committing only to “increasing the fleet size beyond the 48 aircraft that we have already ordered”.

While it does not say so in as many words, this surely sets the scene for cuts to be confirmed at the time of the next defence review, in 2025.

But viewed a different way, the current lack of clarity around numbers affords the MoD future flexibility, should its FCAS and Tempest fighter ambitions prove out of touch with financial reality, or change because of a shifting strategic picture.

Many other questions remain, such as whether the Airbus Defence & Space A400M airlifter can finally hit the mark in its delivery of long-overdue tactical performance? If the UK is to maintain capability in this area once its Lockheed C-130J fleet retires in 2023, then the answer must be yes.

Equally important is that a future airborne early warning fleet now slashed to just three Boeing 737-based E-7A Wedgetail aircraft arrives for duty in 2023 as expected – closing a glaring capability gap which will appear when the RAF’s last E-3D Sentry retires later this year.

Also apparent is that the MoD remains in a spin about the direction of its future medium transport helicopter requirement, even though it has opted to remove its Airbus Helicopters Puma HC2s by 2025, with no current replacement in the pipeline and industry still in the dark.

A plan, yes. But time will tell about the rest of the saying.