Israel Aerospace Industries on 4 November inaugurated its wing production line for the Lockheed Martin F-35 at its Lahav division.

The automated line is expected to produce four sets of wings per month, for shipment to Lockheed's Fort Worth final assembly site in Texas.

IAI is scheduled to produce more than 811 pairs of wings for the F-35 over the next decade, with the first set to be ready for delivery by mid-2015. The company says the arrangement has a potential value of $2.5 billion over 10-15 years. 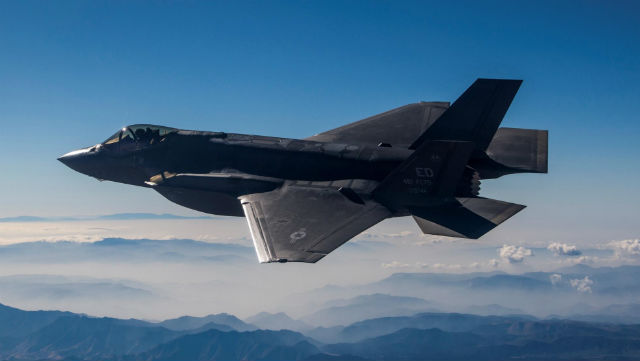 "Our partnership with Lockheed Martin in producing sub-assemblies for the most advanced fighter aircraft in the world is strategic for IAI, and constitutes an acknowledgement and expression of faith by Lockheed Martin and the US government in IAI's capabilities as a global industry leader," Maor says.

IAI has invested tens of millions of dollars in the wing production line.The company's Lahav division has in the past manufactured wings for the Lockheed F-16 and the US Air Force's Northrop T-38 trainers, along with assemblies for other aircraft and customers.

"This new facility is an excellent step forward for the programme, the US and Israel; I expect it will remain busy for many, many years to come," says Bogdan.

"Given IAI's dedication to precision [and] world-class work on the F-16, it is no surprise that IAI is a trusted strategic partner to Lockheed Martin," Dewar notes.

The production facility will supply the wings for aircraft to be delivered to customers outside of the programme's nine partner nations, which are already supplied by Alenia Aermacchi.

Israel has recently agreed in principle to purchase a second batch of 25 conventional take-off and landing F-35As, following a meeting betweenYa’alon and US Defense Secretary Chuck Hagel in Washington. The nation is already under contract to acquire an initial 19 examples for$2.75 billion, with deliveries to take place between early 2017 and 2018.

The Israeli air force is already making preparations to receive the F-35 at its Nevatim air base.