New Delhi has finalised an order for an additional batch of six Lockheed Martin C-130J Hercules tactical transports for the Indian air force.

The letter of offer and acceptance was signed on 27 December, according to sources from the ministry of defence.

India’s Defence Acquisition Council (DAC) had cleared the procurement in September this year. The new C-130Js are to be acquired via the US government’s Foreign Military Sales mechanism, and the first aircraft are to be delivered within three years of the signing of the contract.

Configured for special mission operations, the aircraft will be part of the Eastern Air Command and are to be based out of Panagarh in India’s eastern state of West Bengal, catering for requirements in India’s northeast region and the Andaman and Nicobar Islands.

The six C-130Js that were delivered by Lockheed Martin as part of a 2008 contract are all based at Hindan air force base near New Delhi and are flown by 77 Sqn. 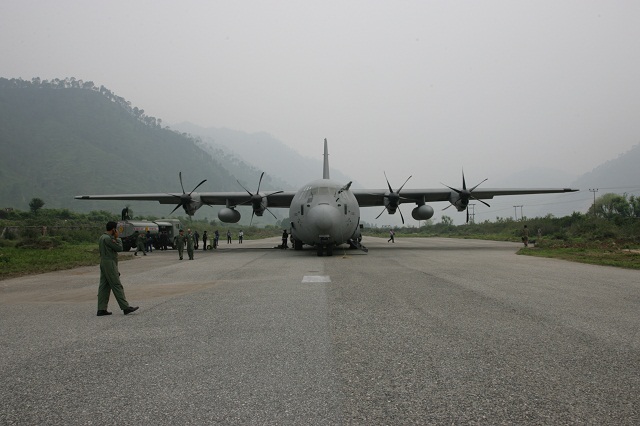 Indian air force C-130J tactical transports are configured for special mission roles and are fitted with an infrared detection set, enabling precision low-level flying, airdrops and landing in blackout conditions. The aircraft are also equipped with air-to-air refuelling capability and have been used extensively for humanitarian relief tasks, operating under austere field conditions.