The Italian air force is to adopt Alenia Aermacchi's developmental M-345 HET to replace its MB-339s in delivering part of its future pilot training syllabus.

The replacement decision was announced by defence minister Mario Mauro during a ceremony to mark the end of the season for the air force's MB-339-equipped Frecce Tricolori aerobatic display team at Rivolto air base.

Alenia Aermacchi and Italy's National Armaments Directorate signed an agreement at the Paris air show in July 2013 to jointly define the operational specifications and collaborate on the development of the M-345 basic/advanced trainer. The type is expected to enter service between 2017 and 2020. 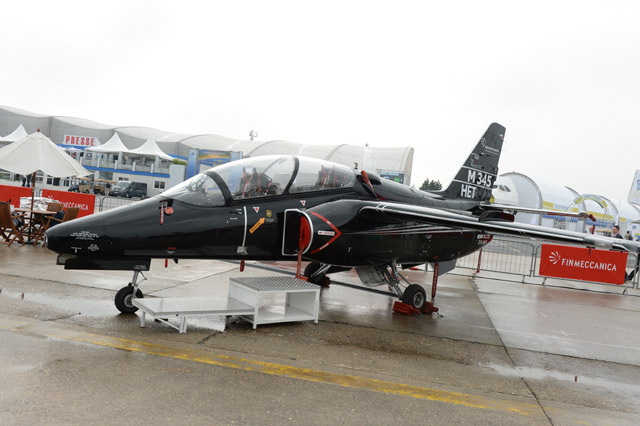 A further development of Alenia Aermacchi's M-345 jet trainer, the HET version is intended to offer a cheaper and more effective solution than advanced turboprop designs.