Japan has scrapped the fifth year of its five-year defence spending plan and is drafting a new mid-term programme to take into account shifting priorities and increasing budget constraints. To be completed by January, the new plan is expected to hold production of most aircraft programmes at their current, slow rates, but could in some cases reduce or even halt output.

The Japan Defence Agency's (JDA) current spending plan was to conclude on 30 March 2006, but its new five-year plan will now start on 1 April 2005. "A lot of things have changed, so we need to rethink our posture on defence," says a JDA source. "The national defence outline will be changed in December and so the mid-term spending programme must be changed as well."

Global security threats since the 11 September terrorist attacks on the USA have resulted in new programmes, including a ballistic missile defence system, and earlier this year prompted the JDA to consider changing its archaic acquisition system. Industry sources say Japan's five-year planning cycle could later be scrapped altogether, in favour of a rolling plan that would permit more cost-efficient multi-year purchases of aircraft.

The JDA is also studying possible industry consolidation that could lead to fewer aircraft manufacturers and active production lines, it says.

Japan now purchases small quantities of 13 aircraft types each year, including 11 indigenously manufactured designs, resulting in inefficient and slow production lines. Budget constraints have meant most current programmes are running well behind the quantities originally earmarked in 2001. For example, the five-year plan required a purchase of 39 Mitsubishi/Sikorsky SH-60 naval helicopters and 47 Mitsubishi F-2 fighters, but just 24 and 31 of these have been acquired through the first four years.

Under the new plan, production of these aircraft is likely to remain at an annual rate of around seven SH-60s and five F-2s. The production of Boeing/Fuji AH-64D Apache attack helicopters and an upgrade to Boeing/ Mitsubishi F-15J fighters are also likely to be affected, as Japan would have had to buy four and modify 10 next year to meet its original plan.

Tokyo is expected to announce its delayed selection within the next few months of the Ishikawajima-harima Heavy Industries (IHI) XF7 engine to power its new Kawasaki P-X maritime patrol aircraft. The JDA successfully completed an evaluation using five XF7 research engines at the end of March, and IHI believes a contract must be awarded this year if the four-jet P-X is to make its planned flight debut in 2007.

The indigenous XF7 is the only candidate engine for the programme, which some Western manufacturers believe is at risk of cancellation in favour of Japanese involvement in the US Navy's Multi-mission Maritime Aircraft project. A JDA source says the P-X and sister C-X transport aircraft programmes remain high priorities. 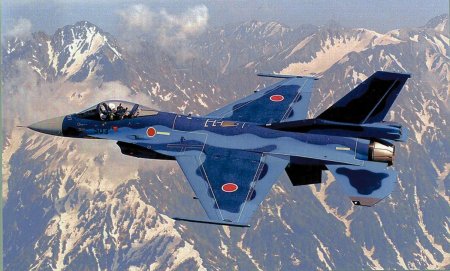