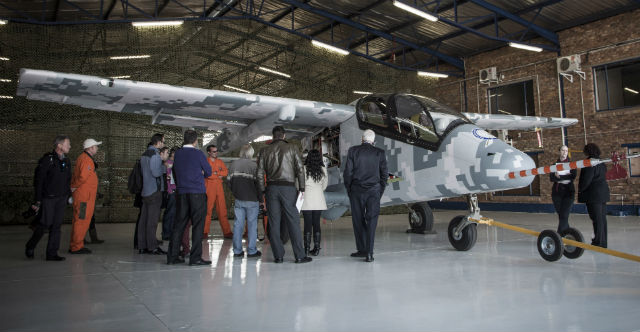 The 3,800kg (8,380lb) type will become the first aircraft designed and built in South Africa since the Denel Rooivalk, an armed helicopter launched during the Apartheid era.

The maiden flight of the experimental demonstrator should be followed within months by an advanced prototype, Craig says. The first demonstrator will focus on handling qualities, while the second will integrate sensors and weapons.

Paramount plans to offer the aircraft to the market early next year, with deliveries possible by 2016. AHRLAC is aimed at a developing market among military and paramilitary groups for a low-cost surveillance and attack platform. The South African air force is also monitoring the programme, Craig says, but Paramount is focusing on a wider, global market for orders.

Paramount is using US Part 23 regulations as the baseline for qualifying the basic airworthiness of the aircraft, but there are no plans to formally obtain civil certification.