Lockheed Martin has committed to manufacturing the F-16 in India should it win the air force’s single-engined fighter competition, and has signed a deal with Tata Advanced Systems to carry out this work in-country.

A letter of intent was signed between the two companies at the show, which could lead to manufacture of Block 70 variants of the fourth-generation fighter. It is being pitched against the Saab Gripen for the programme, which expects to see multiple hundreds of units purchased.

Orlando Carvalho, executive vice-president of Lockheed’s aeronautics division, told Flight Daily News: “We have been working with our government and the Indian government on the recapitalisation of their fighter force. 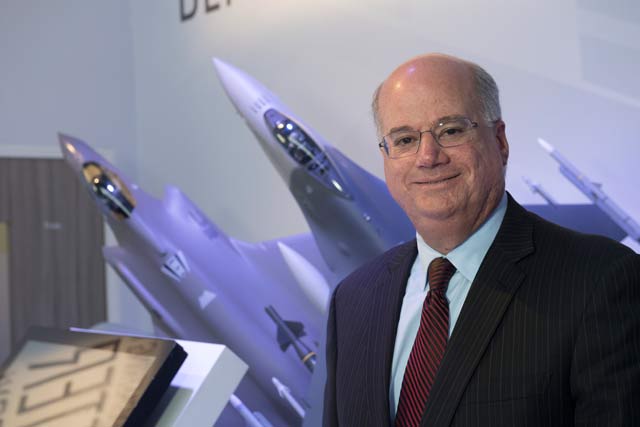 “As part of that, what we are offering to the Indian government is to build the aircraft in India. We believe it makes sense to move the F-16 production line there.”

Lockheed and Tata already have a joint venture to develop the empennage for the C-130 transport in India, which Carvalho says has so far “gone very well”, adding that “we’re now looking to extend that into the F-16 market”.

At the end of 2017 Lockheed will finish deliveries of Iraq’s 36 examples, at which point the company will move manufacture of the F-16 from Fort Worth, Texas, to Greenville, South Carolina, allowing production of the F-35 at Fort Worth.

“We will use this until we can move the F-16 production line over to India,” Carvalho says. “The fact that we’ve done this so many times before [transfer of F-16 production], we feel very comfortable doing this in India.”

Other tangible requirements for the F-16 include Bahrain, Colombia and Indonesia, all of which have expressed interest in new-build examples that could be built via the proposed Indian deal.

Bahrain is the most promising of these, with the necessary authorisations currently being worked through the US State Department, Carvalho says.