Pratt & Whitney’s Geared Turbofan (GTF) engine has been selected to power the Mitsubishi Regional Jet (MRJ), launching the first of several next-generation engine programmes promising to deliver the next leap in fuel efficiency for airliners.

“We believe the [GTF] offers a technological breakthrough that will provide the best economy and performance for the Mitsubishi Regional Jet," said Kazuo Tsukuda, President, Mitsubishi Heavy Industries, Ltd., in a statement. The MRJ is a 70-seat to 90-seat airliner. 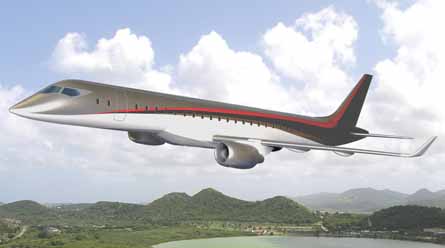 P&W expects the GTF to reduce fuel burn by at least 12% compared to current high-bypass ratio turbines. By comparison, the General Electric GEnx offering for the 787 is expected to deliver an 8% fuel improvement.

"The Geared Turbofan is the only engine on the market that can deliver the step-change improvements in fuel burn, environmental performance and operating costs that airlines are demanding for their next generation aircraft,” said P&W President Steve Finger.

P&W has previously described the MRJ as a candidate for the GTF, but at the low-end in terms of size for achieving the efficiency improvements.