Boeing has completed wind tunnel tests for the conformal weapons bay (CWB) of the F-15 Silent Eagle it is pitching in South Korea's F-X III requirement for 60 aircraft.

The tests used a scale model of the F-15SE to assess the effects of various air speeds and flight angles, said Boeing in a statement.

"The tests assessed enhancements made to the initial CWB design and confirmed the team's modelling analysis," it added.

Tests later this year will examine the impact of various weapons loads, in addition to how the opening and closing of the upper and lower CWB doors affects the aircraft's performance.

"Boeing and its partners have advanced to the next phase in the development of the Silent Eagle, an evolved derivative of the combat-proven F-15 family of aircraft," said Roger Besancenez, F-15 Program vice president for Boeing. "We are now testing production-representative hardware as we continue to validate our affordable and low-risk design." 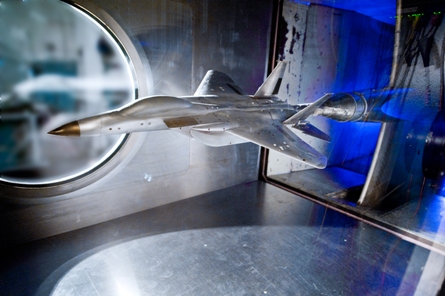 Boeing is developing the CWB with Korea Aerospace Industries (KAI). In November 2010 the two companies signed a memorandum of agreement, under which South Korean firm would design, develop and manufacture the CWB. The CWBs can also be reconfigured into conformal fuel tanks (CFT).

Lockheed Martin and Eurofighter need to re-submit their bidding documents after Seoul's Defense Acquisition Programme Administration (DAPA) requested that more of their proposals be translated into Korean.

Industry observers have maintained that the F-15SE and F-35 are the favourites in the competition, which is likely to be decided before the end of 2012. 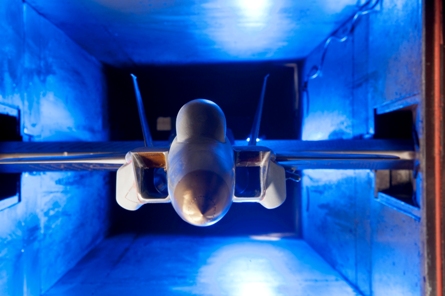 Boeing says the F-15SE's reduced RCS (attained through the use of CWBs) is useful in the early days of a conflict when the enemy's air defence's are still operational. Following the suppression of enemy air defences, when a reduced RCS is less essential, the F-15SE can shed its CWBs and carry a heavy payload of weapons externally.

In addition, Seoul is a major operator of the F-15K Slam Eagle, which won Seoul's F-X I and F-X II requirements. According to Flightglobal's Milicas database the Korean air force operates 52 F-15Ks, which share a large degree of commonality with the F-15SE.

Lockheed, for its part, stresses the advanced capabilities of the F-35, such as its low RCS and advanced sensors, in addition to its wide adoption by Seoul's international partners, namely the USA.