The aircraft are expected to be delivered between early 2017 and the end of 2018.

Irkut says the Yak-130s will be used for cadet training for a variety of roles, including weapons firing, and to learn the characteristics of fourth- and fifth-generation fighters. The type could also be used as a light attack aircraft.

Flightglobal’s Fleets Analyzer database shows the Russian air force already operates 77 Yak-130s, including 12 with an aerobatic display team. The nation's navy has a requirement for 10, with at least five the subject of firm orders.

Other operators include Algeria, Bangladesh and Belarus, with the latter two having more examples on order. Kazakhstan, Myanmar and Syria are among other future operators.

Belarus received its first batch of the type in April 2015 and its air force in February carried out live firing tests of the Vympel R-73 short-range air-to-air missile.

At the MAKS Moscow air show in August, Belarus commited to acquiring four more Yak-130s, doubling the original order, made in 2011. 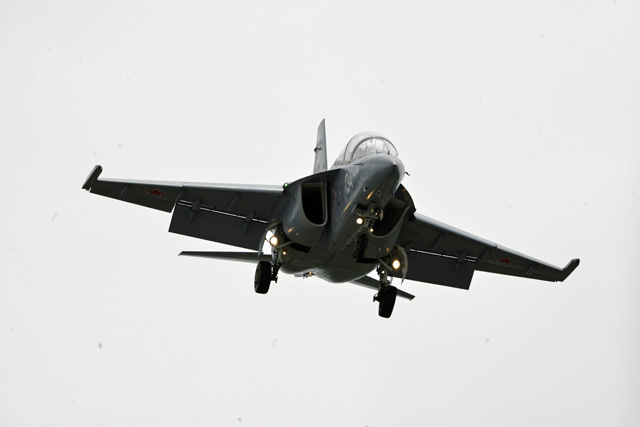 Russia's latest Yak-130 contract follows a 4 April announcement its air force will acquire “more than 30” Sukhoi Su-30SM multirole fighters, with deliveries to be complete by the end of 2018.

Signed by Borisov and Demchenko, the deal takes the number of Su-30SMs on order for Russia to 32, Fleets Analyzer says, with 56 delivered. The Russian navy has also received eight Su-30SMs, and has 20 more on order. Kazakhstan's air force also has four in service and Belarus will acquire the same number.

The SM variant is a fourth-generation fighter derived from the baseline Su-30 and with enhanced electronics. Moscow received its first Su-30SMs in late 2012, following a 30-unit order signed in March of that year.