Hungarian media claims one of the nation’s Saab Gripens has crashed – the second in less than a month – leading to reports that Budapest has grounded its fleet until further notice.

The single-seater C-model is said to have crashed near Kecskemét air base in Hungary, although the pilot managed to eject from the aircraft and is in hospital in a stable condition, according to local media.

News outlet Hungary Today has revealed that Lt Gen Zoltán Orosz, deputy chief of the defence staff, reports that Maj Sándor Kádár was on a training run on 10 June when he reported that the Gripen’s forward landing gear was not working.

Kádár then attempted a belly landing and ejected when he lost control of the aircraft.

Orosz says the aircraft is likely to be repairable, but the whole fleet will now be inspected, Hungary Today says. 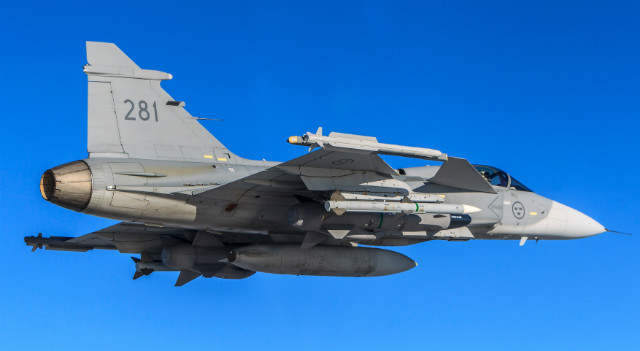 Although the two events are not believed to be linked, the crash follows an incident involving a Gripen D that crashed on 19 May while landing at Čáslav air base in the Czech Republic. The fighter was participating in multinational exercise Lion Effort at the time, and both pilots of the two-seater variant ejected from the aircraft unharmed.

Pictures emerged on Twitter after the event showing the crashed Gripen D off the end of the runway at Čáslav. The mishap marked the first non-Swedish air force Gripen crash, Flightglobal’s MiliCAS database shows.

The leased fleet of Hungarian Gripens consisted of 12 C-models and 2 D-models prior to the incidents.