An MBDA Storm Shadow missile was successfully deployed from a Eurofighter Typhoon during a series of trials in November led by Alenia Aermacchi.

Testing of the long-range stand-off precision weapon onboard the aircraft has been under way for some 12 months as part of the Typhoon’s missile integration programme, resulting in the weapon release trials last month.

During the tests the weapon was released from the Typhoon and tracked by radar until it impacted the target, Eurofighter says. 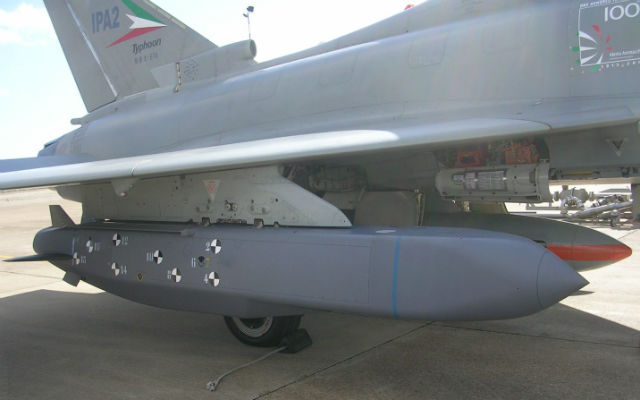 Six further flights were then completed to assess the Storm Shadow’s compatibility with the Eurofighter’s air data system, while flutter and structural coupling tests were also carried out.

Assessment of the performance and loads on the aircraft while carrying the missiles was completed in March 2014, under the Extended WIF phase 1 programme. Five flights were performed with the Storm Shadow installed and a further three with a baseline configuration.

These tests will be followed by work on the instrumented missiles for the environmental data-gathering trials of phase three.

Additional work will include flights with the automatic pilot in the new aircraft configuration and further sorties to assess handling, Eurofighter adds. 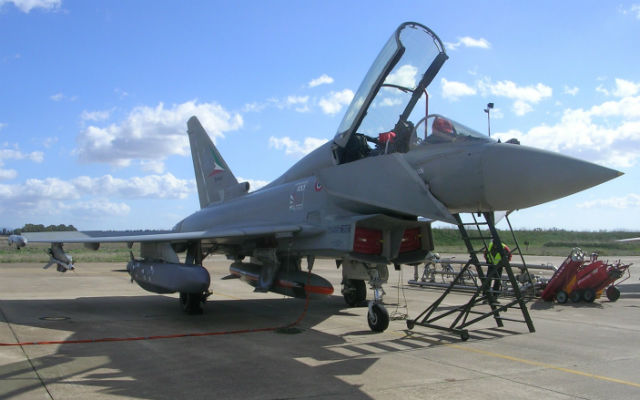 The Royal Air Force – alongside BAE Systems and MBDA – has also completed the first trial installation of the Storm Shadow on its Typhoons. The RAF and Italian air force also use the missile on their Panavia GR4 Tornado fleets.

The Storm Shadow will allow operators to strike day or night in all weather conditions and against well-defended targets that otherwise would require several aircraft and/or missions to carry out the task.

The missile will be available to operators when the Typhoon Phase 2 enhancements become operational.