The US Air Force is “very, very close” to selecting an industry team to delivering its much-anticipated Long-Range Strike Bomber, perhaps pointing to a long-overdue announcement by the end of the month.

B-2 creator Northrop Grumman is competing against a formidable Boeing/Lockheed Martin team for the development contract, which includes options for the first 21 aircraft over five lots.

The total value of the programme is estimated at $80 billion for 100 bombers, making this development contract one of the most significant aerospace project selections since the Joint Strike Fighter award to Lockheed in 2001.

USAF assistant secretary for acquisition William LaPlante revealed during a media roundtable at the Pentagon on Wednesday that many of the systems on the aircraft are already well into development or currently flying on other aircraft – systems that are operational but classified. 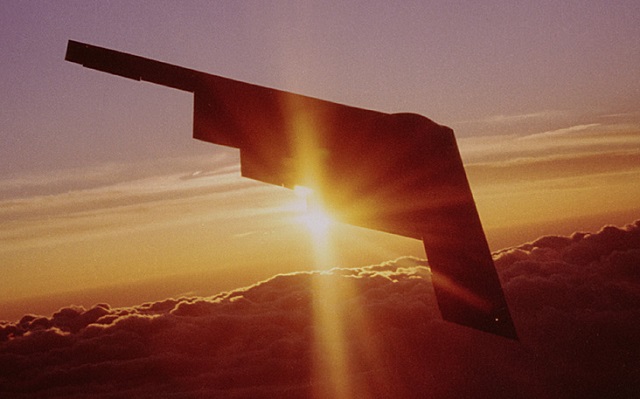 In answer to concerns the expensive bomber is not ambitious enough, USAF military deputy for acquisition Lt Gen Arnold Bunch says “we are going to have a very, very capable system”.

“We are utilising the best technology we’ve got out there that’s already matured, but we’re also putting in the hooks so as technology advances or the threat evolves, we can upgrade in a timely and efficient manner and keep competition throughout the lifecycle of the programme to drive down cost,” he explains.

When compared “apples to apples,” LaPlante says the new-generation bomber will cost “between a quarter and a third of the cost per plane compared to the B-2” when that original stealth bomber programme is adjusted for a production run of 100 aircraft, not the 21 aircraft that were built.

When the announcement does drop, it is unlikely that any more details will be disclosed other than the independent cost analysis and development cost.

In spite of previous statements that the air force wants “80 to 100” new bombers, the actual requirement is for 100 and the air force’s cost estimates are driven by that quantity, officials say.

One key design parameter was for each bomber to cost an average of $606 million per copy in today’s dollars ($550 million in fiscal 2010), and the air force has chosen to use a fixed-price incentive contract for the production phase.

In an earnings call this week, Lockheed chief financial officer Bruce Tanner said to expect lower margins on the bomber contract if the Boeing team is successful, saying LRS-B is a very strategic contract and Lockheed “bid accordingly”.

In terms of the government team, LaPlante says there are about 80 people within the Air Force Rapid Capabilities Office (RCO) working on the bomber project. The endeavour was started in 2011 after a one year analysis of alternatives, following the termination of the Next Generation Bomber programme.

“They have an incredible track record of delivering eye-watering capabilities,” he says of RCO. “The only thing we’ve publicly acknowledged they’ve done is the [Boeing X-37B Orbital Test Vehicle].”