Aviation roars into the 1920s

As Flight magazine marks its 110th anniversary, we look at the highlights of our second decade

The 1920s began with Flight still under the leadership of our founding editor, Stanley Spooner, operating from a small office in Great Queen Street in central London.

The magazine’s first decade from 1909 had been punctuated by the Great War, which saw incredible advances in aviation. The last year of the decade witnessed several historic events in the development of the aeroplane. 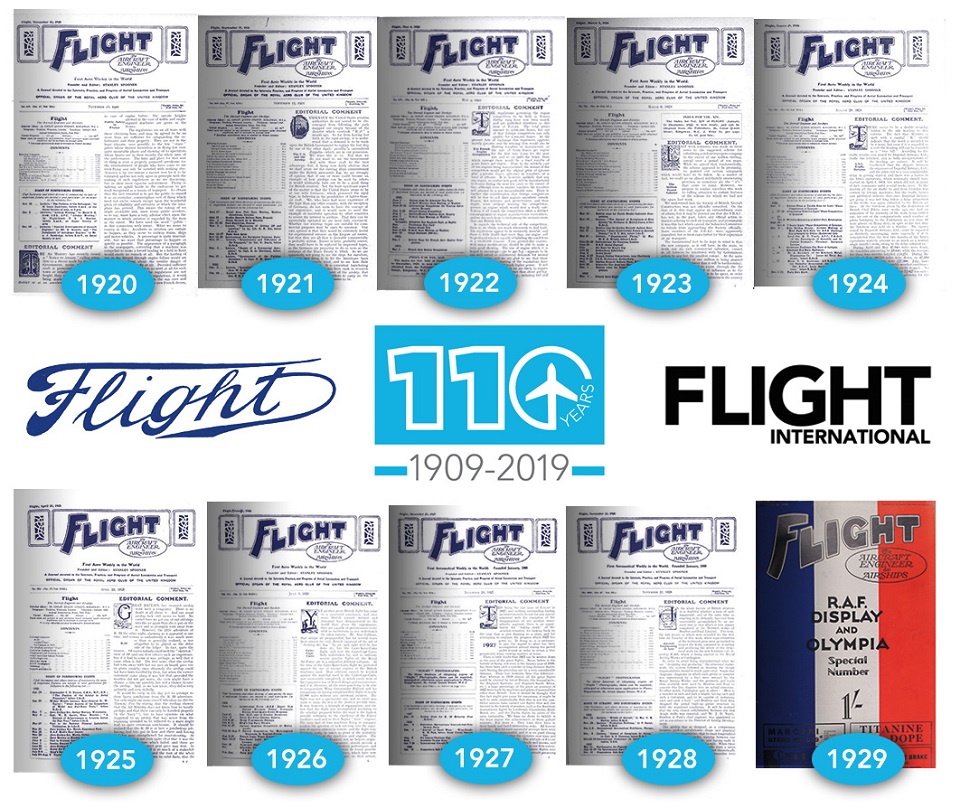 In June 1919, British pilots John Alcock and Arthur Brown made the first nonstop crossing of the Atlantic by an aircraft, flying a modified Vickers Vimy bomber from St John’s, Newfoundland, to County Galway in Ireland.

These historic milestones provided a springboard for the growing aviation industry as it entered the 1920s. Flight was expanding too.

By 1920, the airship was taking on increasing importance, prompting the magazine to adapt our masthead. We would be known as “Flight − The Aircraft Engineer and Airships” for the next two decades.

Airships would become an important topic for us during the 1920s, as they vied with the aeroplane in the aerial transport sector. For Flight, the last year of the decade would mark an important one in the evolution of British designs, with a pair of giant rigid airships flying in late 1929 − the British Air Ministry’s R.101 and the privately produced R.100.

The UK’s airship adventure would of course end abruptly early in the following decade following the tragic loss of the R.101. And Flight, in its 22 November 1929 editorial comment, highlighted the challenges the industry faced, describing the R.101’s design as “so great a departure from previous practice in the matter of construction”.

Sadly, less than a year later, on 10 October 1930, Flight’s words of caution would be proved accurate as the UK’s dreams of establishing an airship industry died in the wreck of the R.101.