As Flight International celebrates its 110th anniversary, we mark this milestone with a series highlighting the evolution of the world’s “first aero weekly” through our 11 decades in print

When our first issue of Flight was published 110 years ago on 2 January 1909, the objective was to report on the nascent industry now called “aerospace”.

Our mission statement back in our first decade was to be “devoted to the interests, practice and progress of aerial locomotion and transport”. Today’s Flight International continues on that original mission, having followed the industry through its incredible journey over the last 11 decades. 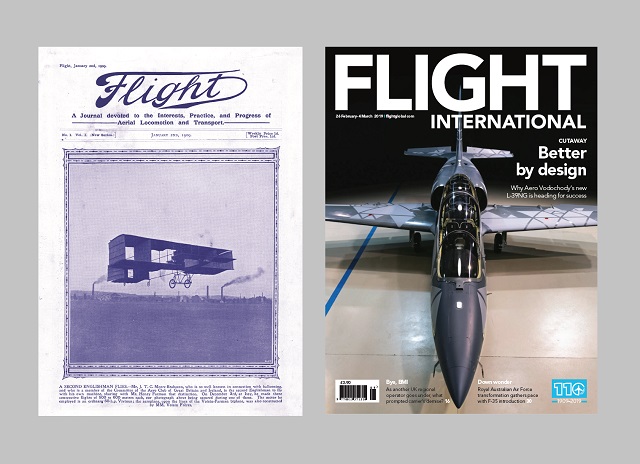 And as our parent company rebrands under the Cirium name to focus on delivering industry-leading data and analytics for the aviation and air-travel industries, we are delighted to unveil a refresh inside and out. As we turn 110, we are welcoming back a more familiar look which we believe reflects Flight’s core values and principles as the world’s leading aviation publication.

To celebrate our big birthday, @FlightGlobal is tweeting 110 of our favourite covers over the years with the hashtag #Flight110.

“The FlightGlobal name remains as a division of Cirium, with responsibility for publishing and conferences,” says chief executive Christopher Flook. “We will continue to draw on the resources of the wider group, including the extensive data sets.

“The publishing and conferences brands can now follow more closely than ever the interests of our readers and advertisers, without being ­constantly drawn back to what is in the wider interests of Cirium,” Flook says.

Back in 1909, the creation of Flight as the “first aero weekly in the World” marked the culmination of efforts by a weekly motor magazine – The Automotor Journal – to track the slowly evolving aviation sector. Flight was launched as a stand-alone weekly at the beginning of 1909, not long after UK aviation pioneer Alliott ­Verdon (AV) Roe had taken his first hops and the American Samuel F Cody became the first person in the UK to fly when he took to the air at Farnborough in October 1908.

Our first edition reported the exciting news that “England” could now boast that two of its citizens had taken to the air, with the headline: “A second Englishman flies”, following British aviation pioneer Mr JTC Moore-Brabazon on his Voisin biplane in France the previous month. 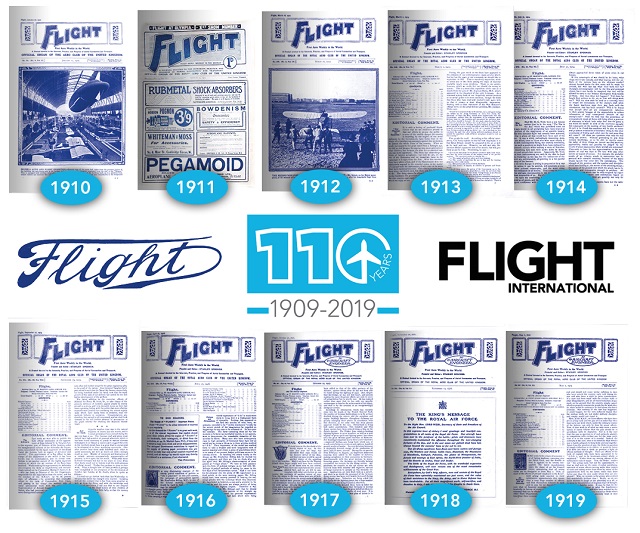 As Flight magazine emerged, our founder and original editor Stanley Spooner laid out the magazine’s principles, which remain valid to this day: “It is… our firm determination to establish the same lofty traditions for Flight that have ever guided the editorial pen of The Automotor Journal in the automobile sphere, our chief aims and objects being ever to throw our full weight on the side of all that seems to us to make for the highest permanent good of the aeronautic industry, to pursue a policy of entire independence, and to render our pages as interesting, concise and accurately instructive as lies within our powers…”

He emphasised that our readers would “find that simple language and clear explanations are and will remain a feature of our articles” – an intent that continues to this day.

Under Spooner’s leadership the pages of Flight brought our readers all the exciting news of the evolving aviation industry, but within five years we found ourselves reporting on the dramatic political developments that would lead to the Great War.

On the eve of war breaking out, our cover of the 31 July 1914 edition speculated on what the ensuring hostilities could have for aviation:

“If this catastrophe of war should be let loose, what shape will it take initially, and what bearing will the airfleets of the nations have on the ultimate results? Almost beyond doubt the first move will be made by aircraft, but who can say what their work will be?

“Naturally, reconnaissance will be the first and principal object, but it can hardly be imagined that they will be allowed to carry it out without interruption from hostile air fleets.”

The article went on: “Will it be found that aircraft after all are comparatively valueless to their armies because of the impossibility to collect information of vital consequence because of the enemy’s craft?”

History, of course, will inform us that far from being “valueless”, the use of aircraft would in fact play a crucial role in the First World War, as well as many conflicts thereafter. Appropriately our edition published on 14 November 1918, following the cessation of hostilities, carried on its front page King George V’s “message to the Royal Air Force”, paying homage to the recently created service: “The birth of the Royal Air Force, with its wonderful expansion and development, will ever remain one of the most remarkable achievements of the Great War.”

Flight magazine was originally set up in offices at the lower end of St Martin’s Lane in central London, but by 1917 it had relocated to No 36, Great Queen Street off Kingsway. This would be our home for two decades. 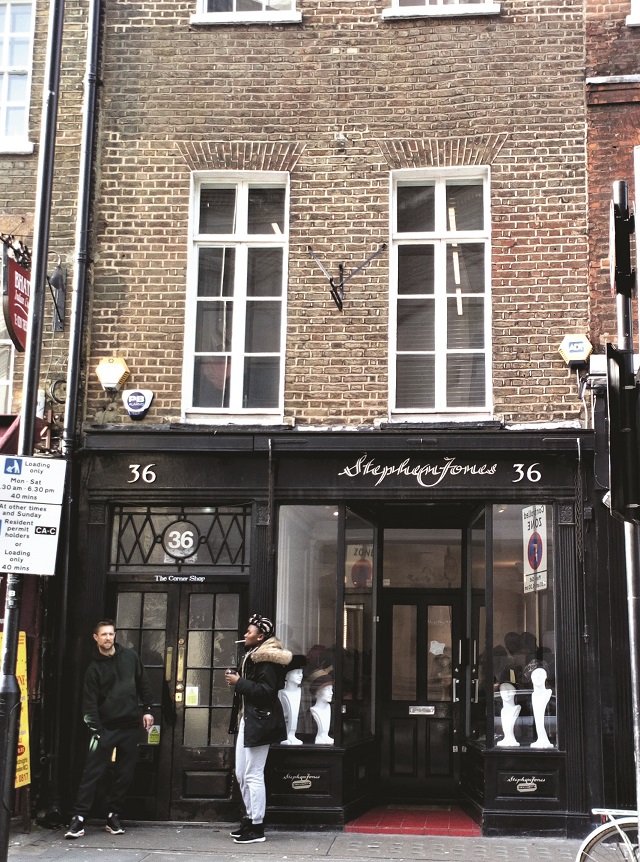 Located directly opposite the grand Freemasons Hall, Flight’s editorial team worked from this four-storey building until 1934, when we moved to Dorset House in Stamford Street.

The building in Great Queen Street still stands today – a short walk from Cirium’s ­current home in High Holborn – and presents a nostalgic reminder of the magazine’s ­beginnings a century ago.

This retrospective is the first in a series that will reflect on each of Flight’s decades through to the end of the year. Next month: the 1920s.