International Flight into the swinging ’60s

How Flight, which marks 110 years, set its sights on international leadership and readership

Our sixth decade was a formative one for aviation, with great strides being made during the 10 years in both commercial and military aerospace as well as in space exploration.

Former editor Mike Ramsden, who sadly passed away aged 90 on 28 July, recalled his early days on the journal during the 1950s and 1960s for Flight’s centenary special in 2009: “The stories flew at us: the birth of the jet age, Cold War, Sputnik, MiGs, industry mergers, airline competition, vertical take-off, man on the Moon, supersonic transport, European co-operation, incident safety-reporting, and jumbo jets.”

Ramsden, or “JMR” as he was known, was promoted from air-transport editor to succeed Rex King in 1964 as Flight’s editor. One of the last changes made by King was also one that is still in effect today – the attachment of the word “International” to the journal’s title at the beginning of 1962. 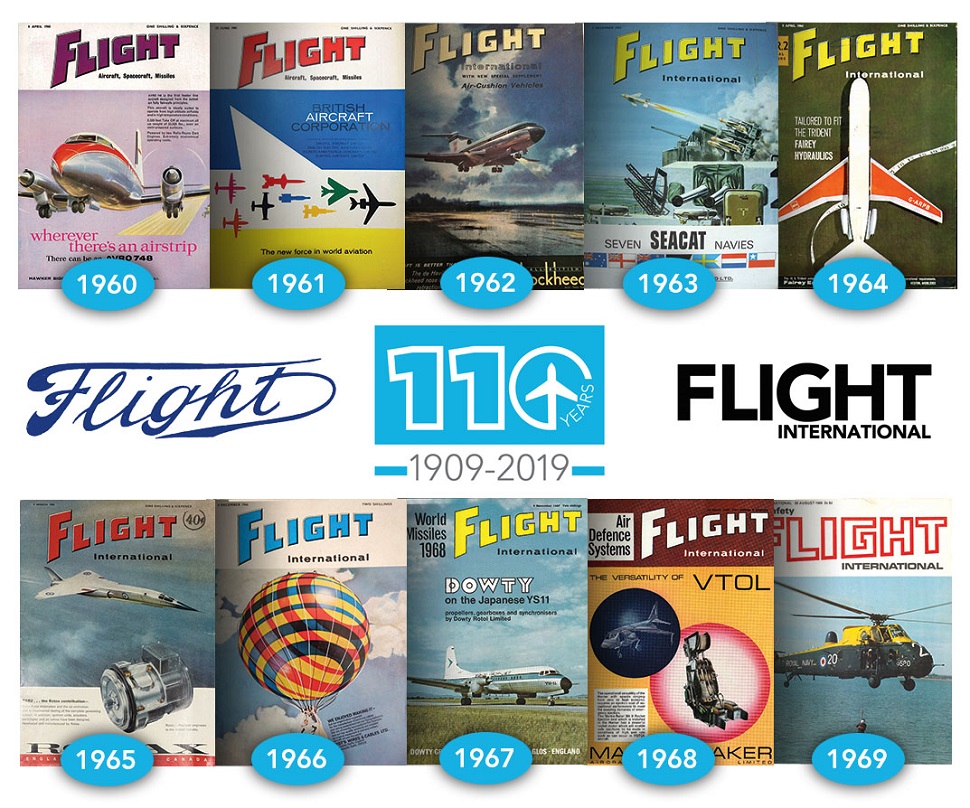 The leading article of the first issue of that year said of this development: “Truly, times have changed; and with them the entire pattern of Britain’s aircraft industry. Yet, while Flight has continuously served that industry – has, indeed been identified with it – we have always considered ourselves the most international of air journals. Our overseas readership, over a third of our total, gives proof of this; and at the coming of this new year we have united our traditional ‘windsock’ facsimile with the word which we have so frequently played upon. Today we become Flight International.”

Another development that was less enduring was the launch of a monthly supplement devoted to the hovercraft called Air Cushion Vehicles. It ran until 1968 before transitioning into a standalone magazine briefly.

Ramsden, who was an ex-de Havilland technical apprentice, had a keen interest in air safety and through his extensive work on the subject, firmly established Flight’s strong reputation for both reporting on accidents and advocating advances in the relevant sciences.

In 1968, Flight’s long-running rivalry with the UK’s other weekly, The Aeroplane, was resolved as they came together under one roof following the merger of their parent companies into the IPC empire. After co-existing for a while, Flight’s name won through and The Aeroplane was folded into it.

The name was revived later as Aeroplane Monthly, a historical title which continues to this day.