Supersonic Flight into the 1970s

During its transition from the “swinging ’60s” into the more sobering 1970s, Flight International adopted a bold new look. Gone was the long-held tradition of “selling the cover” each week to an advertiser and with it the often-exquisite pieces of colour artwork that had become a ­familiar sight on the front of the magazine for four decades.

With the move from the sponsored covers during 1969, Flight incorporated its first major masthead revamp with a hefty rebrand that was a major departure from the style that had adorned the cover since our first decade, but appropriately retained the “windsock” shape. 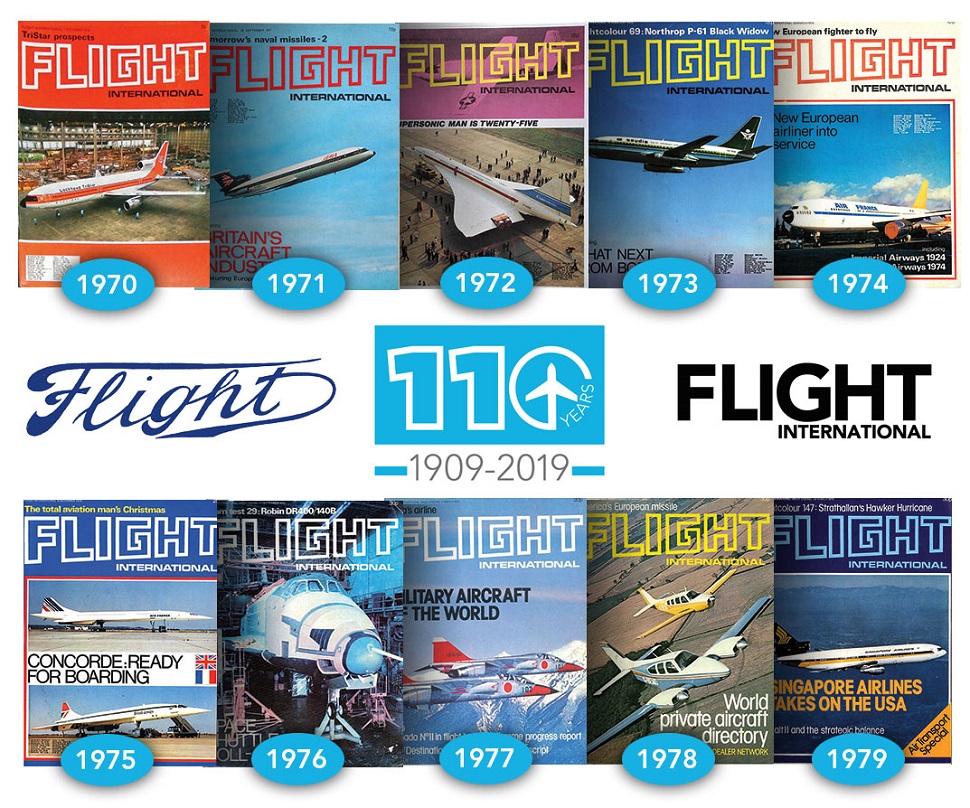 Mike Ramsden, or “JMR”, would continue to lead the title throughout the 1970s. Our first leading article of 1970 looked back at the 1960s and concluded with the upbeat view of the decade ahead: “While there is always something to improve, the aviation industry as a whole enters the seventies in better heart and above all more commercially than at any time in its history.”

The 1960s had ended with the maiden flights of the Boeing 747 and Concorde, key milestones in civil aviation that set the agenda for the following decade. The 747 made its commercial debut in January 1970 but the world had to wait another six years for Concorde to enter service. When it did, appropriately JMR was on board the British Airways flight from London Heathrow to Bahrain.

“There are 30 farepayers and 70 rather less important people, including myself, on this happiest and most exciting of all the inaugurals it has been my luck and privilege to attend. The two stewardesses and four stewards, in special new uniforms, perform miracles of tolerance and efficiency in an aisle jammed by newsmen festooned with cameras, lights, wires and microphones,” wrote Ramsden in his supersonic report in our 31 January 1976 issue.

He concluded his article with: “Time is what Concorde has to sell, and time is everyone’s most precious possession.”

As the decade ended, we bade farewell to Flight’s longest-serving writer, former editor and then editorial director Maurice Smith, who retired in 1978 after 42 years. His Flight service was interrupted by the outbreak of war, during which he flew 41 bombing missions on Royal Air Force Lancasters and Mosquitoes.