As Flight magazine marks its 110th anniversary, we look at the highlights of our third decade

The third decade of Flight magazine began as the world reeled from the Great Depression – and by the end of the 1930s, with the publication under new ownership and leadership, Europe once again found itself embroiled in war.

The magazine’s cover took on a bright new look as we embraced multi-colour printing, providing a fantastic opportunity for advertisers to promote their wares. This era – which ran through to the 1960s – saw some classic Flight covers over four decades, featuring stunning aviation artwork. 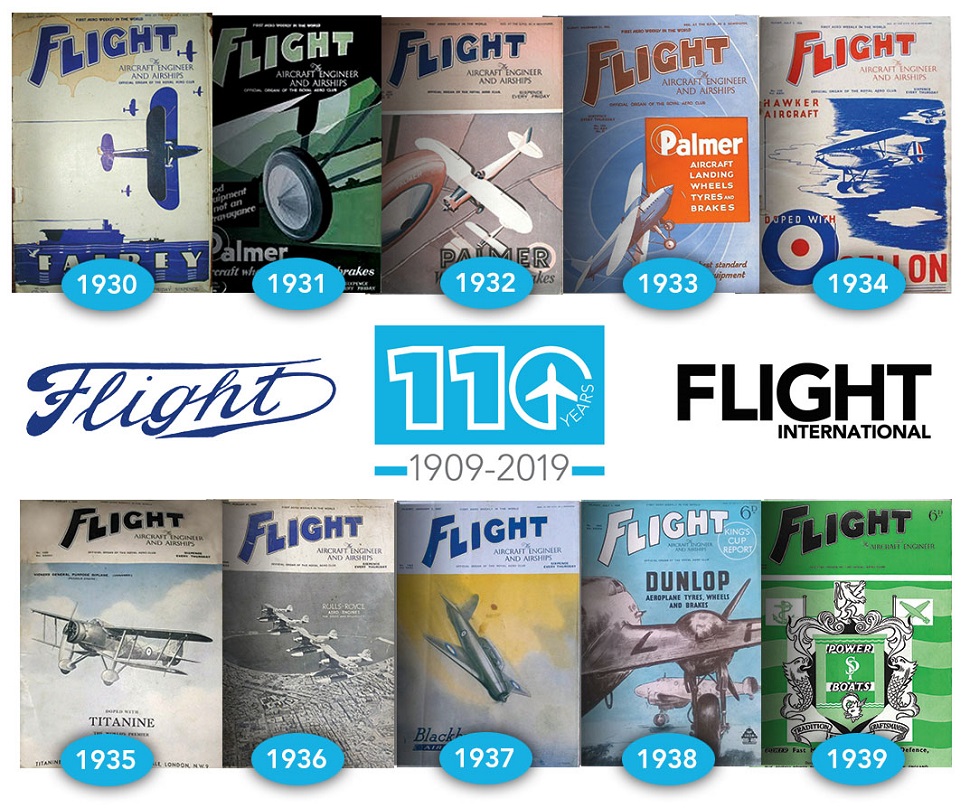 Founding editor Stanley Spooner – who had served the longest term in office in our first 110 years – retired in April 1934, as Flight became a part of the Iliffe stable of magazines, under the guidance of editorial director Geoffrey Smith.

Danish-born “CM” (Carl Marcus) Poulsen, who had served Flight since 1911 and was editor of the monthly Aircraft Engineer supplement, replaced Spooner as editor.

The acquisition by Illife meant a relocation from Great Queen Street off Kingsway, with the editorial office moving south to Dorset House in Stamford Street, close to Blackfriars. Dorset House would remain our home for the next four decades, until the move to our current home in Sutton in 1980.

As we prepared for the move, we warned our readers about the potential disruption: “This task is, of course, additional to the work of bringing the journal out as usual, and will impose a considerable strain on everyone,” wrote Flight, warning that there “may be some slight delay in replying by ­letter to the many who may be writing to us for information and advice”. 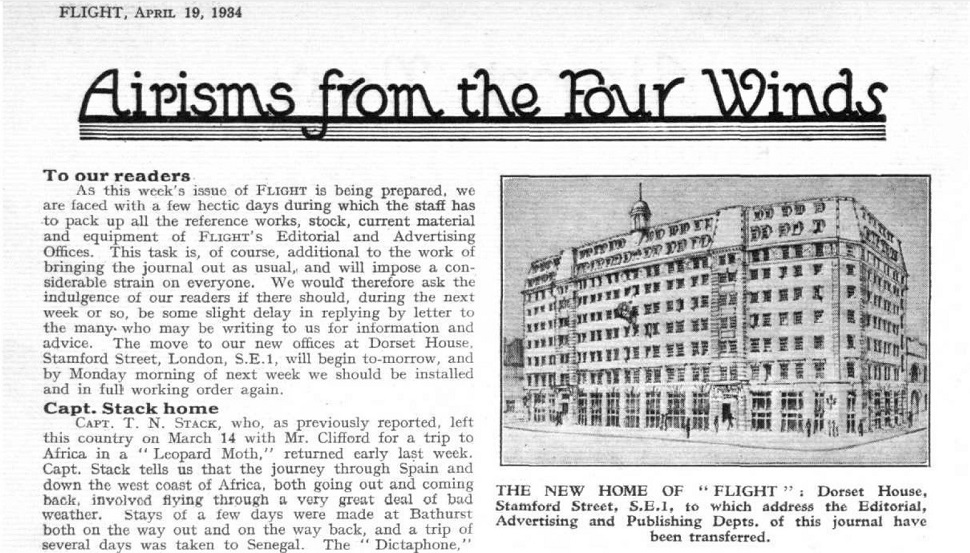 The editorial in our 7 September 1939 issue dealt with the newly-declared war with Germany, where Flight speculated on the role of aviation: “We have good hopes that our bomber force… will help to make possible a speedy victory for Britain, France and Poland.”

The aeroplane, of course, would play a huge role in the outcome of the Second World War as aeronautical technical development evolved far further than could have been imagined in September 1939.