Diamond Aircraft Industries and Thielert Aircraft Engines are at loggerheads over the cause of a double engine failure involving a DA42 Twinstar during take-off in Germany last month. The incident, in Speyer, south-west Germany, is being probed by Germany's air accident investigation bureau, but the cause of the engine failure is known to be the effect of a transient drop in the electrical voltage to the two engine control units, Diamond confirms.

The European Aviation Safety Agency has ordered the companies to find a swift solution, and Diamond's chief executive Christian Dries says his company is seeking EASA certification to install a small back-up battery for each engine's control unit. 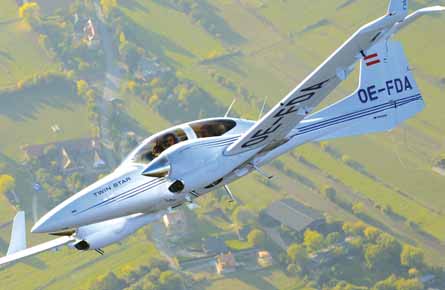 Just after rotation, as the landing gear was retracted, the aircraft experienced simultaneous engine failures on both TAE Centurion 1.7 diesel engines, forcing the crew to make a belly landing in a field adjacent to the runway.

Diamond says that retracting the gear placed a load on the electrical supply from the engine-driven alternators that caused a temporary voltage drop that could not be covered by the flat battery, and the accident has shown the engine control unit to be intolerant of transient electrical fluctuations.

TAE says the problem is an airframe issue, adding that being forced to issue an airworthiness directive for the 1.7, which is set to power other aircraft types, would have a huge impact on its business. Diamond dismisses these claims and argues the control unit supplied by TAE should have been able to accept a 50 millisecond transient, but it started to reset after 1.7 milliseconds, and during the engine control unit reset the propeller system sensed the power loss and auto-feathered.

Meanwhile, Diamond has issued a service information bulletin that clarifies standard operating procedures. Dries says the question remains: who is to pay for the fix?