Iraq will receive the first new L-159 to be built in over a decade. The company is producing the aircraft to fulfil a 2015 contract for 14 of the type, which are largely coming from unwanted Czech air force orders using assets stored by the manufacturer at its Odolena Voda site.

The Czech air force originally ordered 72 aircraft, but after review, opted to reduce the fleet size to 24.

During the Farnborough air show in 2014, Draken International ordered 21 of the stored aircraft, and in 2015, Iraq signed a deal for more of the unwanted jets.

The Iraqi order consists of two twin-seat examples and 12 single-seat aircraft. Three single-seaters and one twin-seater are being provided from the Czech air force’s active inventory, while the other 10 were to be drawn from the stored fleet and included the additional trainer.

However, due to a number of single-seat aircraft having been used to create some earlier twin-seat models for training, the numbers fell short for Iraq, and a new-build example is now being prepared. 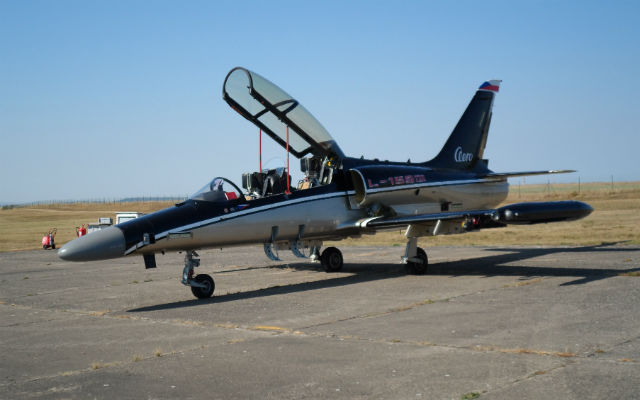 To date, three aircraft have been delivered from the Czech air force inventory and three from Aero Vodochody’s store. A twin-seat example that belonged to the air force has also been delivered, but is currently based at the company’s facility to support the training of Iraqi personnel. It will be delivered at a later date.

Three more examples are expected to be handed over by the end of 2016, in addition to the new-build trainer. The final three aircraft in the programme will follow in early 2017.

Aero Vodochody says it had to purchase the Czech aircraft from the nation’s air force and then sell them on to Iraq, because a government-to-government sale was not possible. It adds that while the lone trainer being built is a one-off, it hopes that it could help encourage more interest in the type after demonstrating its ability to quickly resume production.

Draken International received its first three L-159s earlier this year, and its aircraft are now operational providing flight training. Four more are ready at the Odolena Voda site, awaiting delivery to the USA.