Aeroflot is to brand its new low-cost carrier ‘Pobeda’, meaning ‘Victory’, after its previous budget operation, Dobrolet, was forced to halt services.

The airline will use Boeing 737-800s and largely retain Dobrolet’s livery, although the fleet will carry the revised name.

Aeroflot had launched budget services with Dobrolet in June but the carrier’s controversial initial route to Crimea, the Ukrainian territory annexed by Russia earlier this year, made the airline a target of European Union sanctions. 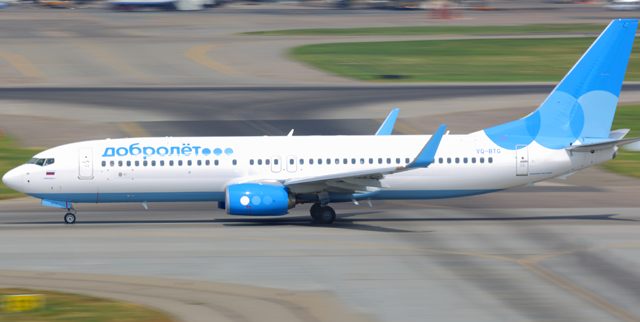 Dobrolet was forced to suspend services in August but Aeroflot vowed to resurrect its budget strategy by circumventing the restrictions.

Aeroflot’s selection of ‘Pobeda’ illustrates its defiance. Next year, on 9 May, Russia will celebrate the 70th anniversary of ‘Victory Day’ – the surrender of German forces to the Soviet Union in the Second World War.

But Aeroflot chief Vitaly Saveliev adds that the name also symbolises victory over “difficulties and external challenges” faced by Russia and its people this year.

The new carrier, however, appears set to avoid Crimean territory during its start-up phase.

Pobeda will begin services on the Moscow Vnukovo-Volgograd route on 17 November. Aeroflot says it will expand to Samara, Ekaterinburg, Perm, Kazan, Tyumen, Surgut and Belgorod.