European regulators are preparing an initial environmental-protection certification framework aimed at addressing the emergence of new supersonic transport aircraft designs towards the end of this decade.

The measures are being laid out in an advanced notice of proposals by the European Union Aviation Safety Agency.

EASA states that a new generation of supersonic commercial and business aircraft is expected to become operational from the late 2020s.

Noise and carbon emission requirements for such aircraft are topics that “need to be addressed”, it says, to ensure a “high, uniform level” of environmental protection.

EASA points out that no ICAO standards exist for landing and take-off noise, or emissions, that would apply to supersonic aircraft – and that it intends to develop detailed requirements which would apply until ICAO draws up its own.

“Pending ongoing work towards establishing an appropriate [carbon dioxide] limit for [supersonic aircraft], provisions for the standardised measurement and reporting of [carbon] emissions are proposed as an interim step,” it adds. 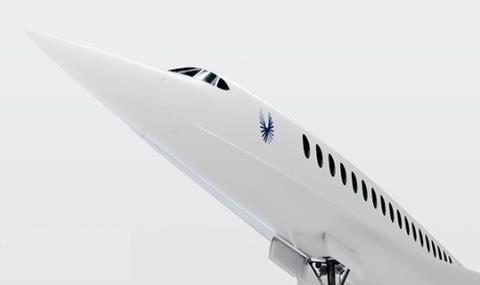 Supersonic projects under development include the Overture commercial transport

Its preliminary draft noise requirements would apply to all supersonic aircraft regardless of maximum take-off weight, number of engines, maximum operating Mach or required runway length.

The effective perceived noise level for subsonic jet aircraft as well as the same noise measurement reference points can be “reused”, it says, as the noise evaluation measure.

“Considering the specifics of [supersonic aircraft] designs, meeting those limits appears to be challenging but technologically feasible, as indicated by results from research studies,” adds EASA.

The regulator says that, without limits in place, the “significantly” increased noise exposure around airports would potentially outweigh the advantages of quieter subsonic models.

Its proposal also outlines the complexities of translating subsonic emissions measurements for certification, based on three reference points, to the supersonic regime, given the specific performance and fuel characteristics of such high-speed designs.

EASA says the proposals “represent a first step” towards environmental protection requirements for supersonic models and will be “further developed” in subsequent rulemaking steps. It is seeking comments on the measures by 25 July.