Horizon says the eventual production aircraft will have capacity for a pilot and four passengers, and be powered by a hybrid-electric system capable of battery recharge during flight, giving a range of 270nm (500km).

The push-propeller Cavorite has a forward-swept wing design, with canards and a twin fin. Six fans are embedded in each wing and two in each canard.

This will enable the aircraft to perform most of its flight in a low-drag configuration – which Horizon claims is “safer” and will make the Cavorite “easier to certify than radical new eVTOL designs”. 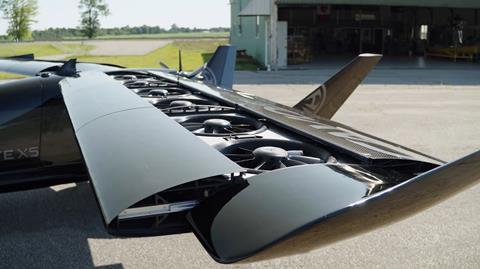