Irkut has carried out the maiden flight of the first MC-21 to be manufactured with domestically-produced composite wings.

The aircraft – number 73361 – took off from runway 32 at the airfield of the Irkutsk assembly plant on 25 December.

Materials for the composite wings were developed in collaboration with Moscow State University, Rosatom and other institutes.

Ulyanovsk-based firm AeroKompozit produced the wing panels, through a vacuum-infusion process, as well as other sections for the aircraft.

The aircraft involved in the test flight is an MC-21-300 variant, powered by Pratt & Whitney PW1400G engines. 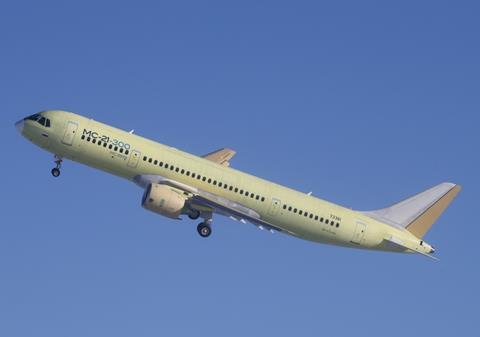 “First flight of an airliner with wings made of Russian composites corroborates the fact that we have done everything right,” says Russian trade and industry minister Denis Manturov.

Sanctions imposed on certain Russian industries had prompted the sourcing of domestic composite capabilities for the MC-21.

“This Russian technology has a number of advantages over the traditional prepreg autoclave,” he adds, stating that it reduces labour and production costs and enables forming of large high-quality structures. 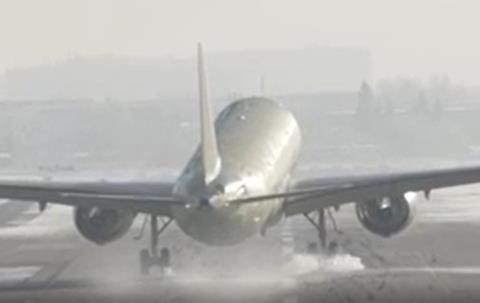 Composite wings have been produced for two aircraft, he says, and a third set is undergoing manufacture.

United Aircraft aims to secure the necessary changes to the type certificate, to account for the design change, in the second half of next year.

Six customer MC-21-300s are currently in production, all of which will have the domestic composite wing.

Deliveries of the MC-21 are set to commence next year with Aeroflot Group carrier Rossiya receiving the first.