Russian analysts are testing the characteristics of a laminar-flow nacelle proposed for the high-thrust Aviadvigatel PD-35 engine.

The PD-35 is a planned evolution of the PD-14 engine developed for the Irkut MC-21. It could potentially power the joint Russian-Chinese long-haul twinjet project, the CRAIC CR929.

Moscow’s Central Aerohydrodynamic Institute has designed a model of the nacelle and carried out transonic windtunnel testing to validate theories for determining the transition between laminar and turbulent flow.

The model was tested at speeds up to M0.75 and angles-of-attack from zero to 10°, and analysed using thermal imaging and thermo-anemometric techniques to visualise the transition region.

“[Our] specialists have managed to obtain a number of positive results confirming the effectiveness of the method,” says the institute.

It says the next stage will involve studying the nacelle model in other windtunnels to assess its behaviour under differing flow variations. 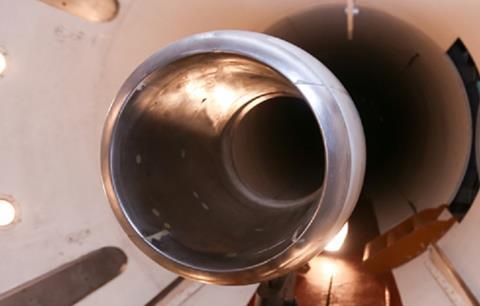 Windtunnel testing has started on an initial nacelle model