The PD-8 is intended as an alternative powerplant on the Irkut Superjet 100, as well as an engine for the Beriev Be-200 amphibian.

Rostec says the completion of bench tests for the prototype engine is “the most important stage” in its development.

Parameters of the powerplant were recorded across a range of operation, from idle to full thrust, and the automatic control systems were refined.

The engine was assessed for thermal response, durability and vibration resistance during operation, and its fuel, air and oil systems checked.

Results have shown that the engine’s design solutions “are correct”, says Rostec, and its systems are able to operate in accordance with its reference parameters. 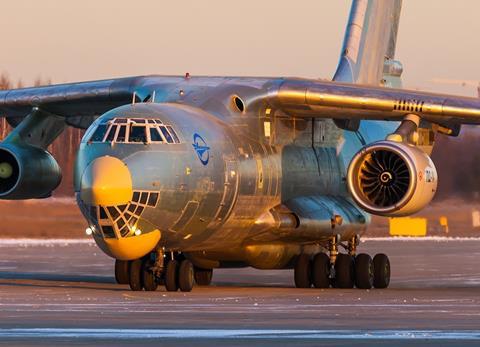 Flight checks of new engines, such as those for the PD-14, utilise the Il-76LL as a testbed

“Condition of components of the PD-8 prototype engine were assessed during the test, using 500 special sensors,” says United Engine general designer Yuri Shmotin, adding that the data obtained will undergo further analysis and individual engine components will be examined.

Flight-testing of the PD-8 will be conducted using the Il-76LL flying laboratory, which has previously been recruited for other similar work on new powerplants.

“All this is part of the work to confirm that the performance indicators of the tested engine meet the requirements of the certification basis for the PD-8,” says Rostec first deputy chief Vladimir Artyakov.