Russia’s government is to allocate nearly Rb45 billion ($611 million) in additional funding to development and production of the high-thrust Aviadvigatel PD-35 – although clarity has yet to emerge on initial application of the powerplant.

Prime minister Mikhail Mishustin disclosed the figure during a visit to the United Engine Corporation’s manufacturing facility at Perm, adding that the government funding order has been prepared and will be signed.

“Nothing like this [engine] has ever been created in our country,” he said.

“These are breakthrough technologies that will open up new opportunities for developing potential widebody, as well as heavy and super-heavy transport aircraft.”

Perm Motors infrastructure director Nikolai Andreev told Mishustin that much work had been conducted under the PD-35 programme, including creation of an initial demonstration gas generator, but stated that there was a need to “determine quickly” the aircraft type for which the engine will be used, in order to advance development. 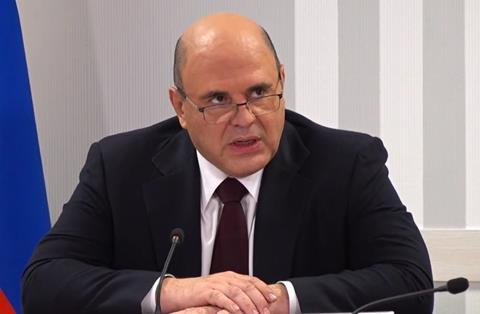 Mishustin referred, in response, to the joint Russian-Chinese long-haul aircraft programme, the CRAIC CR929, and said efforts should be made to ensure that China wants the engine. But he also indicated that military transport aircraft offered another potential direction for the powerplant.

United Engine general director Alexander Artyukhov, in a meeting hosted by Mishustin, stated that the PD-35 is one of three engine programmes – along with the PD-14 for the Irkut MC-21, and the PD-8 for a revised version of the Sukhoi Superjet 100 and Beriev Be-200 amphibian – central to raising the civil contribution to its revenues to more than 50%.

“Implementation of these programmes will make it possible to create a modern, competitive line of civil engines,” says Artyukhov. 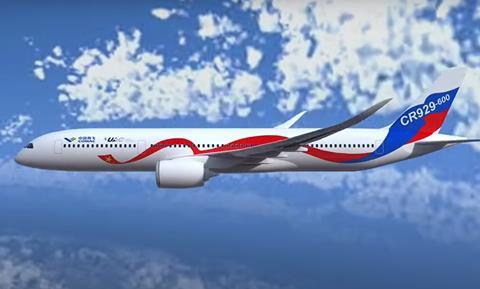 He says certification of the PD-14 is expected by the end of 2022 and initial deliveries of the MC-21 with the powerplant are planned from 2024.

Artyukhov stresses the need to prepare for serial production – with sufficient capability to produce 50 engines per year – and create an aftersales network, all of which will require government support measures.

“This serial production will ensure the supply volumes for the current preliminary agreements with Irkut and [MC-21 customers] Aeroflot and Red Wings,” he says.

Certification of the PD-8 is intended at the end of 2023, says Artyukhov, for deliveries in 2025. He says development of this powerplant is being carried out in “an unprecedentedly short time”, adding that this amounts to a “serious challenge” with a need to solve “complex technical problems”.

The PD-8 will be used to re-engine the Be-200, he states, as well as the Mil Mi-26 helicopter – which will demand additional design work to adapt the powerplant and its nacelles.

“As with the PD-14, in order to bring the product to the market, it will be necessary to determine the sources of financing for serial production, and create a system of preventive maintenance and sales support,” he adds.

Development of the PD-35 is a particularly ambitious plan because neither the Russian nor the Soviet aviation industry had previously created such a powerplant. Artyukhov says a demonstrator of the high-thrust engine is planned for 2023 but a decision will be necessary regarding the “basic object of application” for the powerplant.

While the PD-35 will enable production of engines in the 24,000-38,000kg thrust range, United Engine general designer Alexander Inozemtsev told Mishustin, the company is analysing the technologies required for powerplants up to 50,000kg, enabling competition with Rolls-Royce and General Electric.